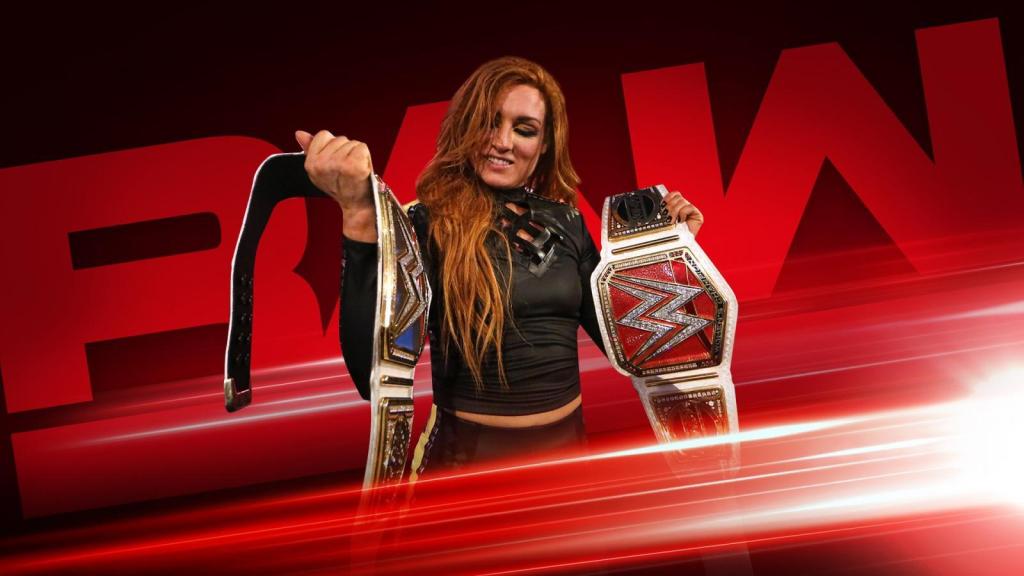 Welcome to Ringside News’ coverage of the Raw after WrestleMania!

Last night’s behemoth WrestleMania was the most fan-favourite in history, and let’s kick off our preview with Becky Lynch. The Lasskicker finally reached the summit of the mountain by toppling both Charlotte Flair and Ronda Rousey in the main event of WrestleMania. In doing so Lynch became the Raw and SmackDown Live Women’s Champion. There was some controversy surrounding the finish of the match as some questioned if it was a botch, but it doesn’t appear it was. So tonight we can expect a statement from Lynch, as well as a possible hint towards the future of Ronda.

In another consumer-friendly move, Seth Rollins did as he said he would and slayed The Beast.  Rollins and Lesnar was the first match of the night and it only lasted 10 minutes or so – although a lot less if you don’t count the kerfuffle around the ring before the bell. So we have a new Universal Champion and he vows to be a fighting champ, and that’s exciting.

Speaking of new Champions, Zack Ryder and Curt Hawkins defeated The Revival to end Hawkins’ massive losing streak and become the Raw Tag Team Champions. Also, Finn Balor defeated Bobby Lashley to become the Intercontinental Champion for a second time. Suffice to say WrestleMania was a pretty big shake-up for Monday Night Raw in particular, and tonight should see all the fallout as well as some new feuds, and a potential call-up from NXT or two.

So that’s the preview for tonight’s Raw. Let us know what you’re excited to see and be sure to download the Ringside News app and follow us on Instagram. Enjoy the show.

Raw live from Brooklyn opens with the new WWE Universal Champion, Seth Rollins making his way to the ring.

We see some footage of Lesnar Vs. Rollins at WrestleMania, which opened the show. Rollins gets lots of cheers from the fans, including a loud “you deserve it!” Rollins corrects them and says “no, we deserve it!” He says he has waited a long time to be able to stand inside this ring and hold the title above his head, and all it took was climbing Mount Everest and beating the most dominant Champion in history. The fans chant “thank you Rollins”.

He says he has to be real; he feels terrible. He feels like he was run over by a Mack truck. He says he was rag-dolled around the ring and ringside but he got back up. And he may have taken a questionable route to gain his advantage, but he didn’t do anything that Lesnar himself wouldn’t have. The fans chant “full-time Champ”. He says he has some news: last night Paul Heyman and Lesnar took a flight to Vegas for some meetings. As far as he’s concerned, they can stay in Las Vegas, because Brock Lesnar is no longer the undisputed, reigning, defending, Universal Champion. He says he’s going to be a fighting Champion, one everybody can be proud of.

The New Day come out to a huge pop, including the WWE Champion, Kofi Kingston. The fans chant “Kofi” as they make their way down to join Seth in the ring. Kofi says Seth looks confused, to which Rollins reminds them this is Monday night. Kofi says it’s not the Superstar Shake-Up quite yet, because that’s next week, and do not let thy eyes deceive thee, because ’tis your boys, The New Day!

Xavier reminds everyone that Seth beat Lesnar, and the fans boo, then Big E and Woods remind us that Kofi beat Daniel Bryan and dance in doing so – with Big E even doing the splits and popping everyone in the arena including Seth. Kofi says that after his match he sat in the locker room with his sons and watched the main event. He saw what happened and thought the winner take all stipulation was great, so how about tonight the new Universal Champion and the new WWE Champion have a winner take all match tonight?! Kofi says The Shield aren’t a thing anymore, so how about no New Day, just the two of them, title for title. Kofi and Seth have a staredown and the fans chant “this is awesome”. Rollins accepts Kofi’s challenge.

After the break, Hawkins and Ryder face The Revival for the Raw Tag Team Championships!

(C) Hawkins & Ryder Vs. The Revival

Hawkins tags in and hits Wilder with a double-team Russian leg sweep and STO. Wilder knocks Hawkins down with a forearm and tags Dawson. After mocking Hawkins, Dawson tosses him to the corner and chops the chest. Snapmare and headlock from Dawson, but Hawkins fights up and connects with a dropkick. Hawkins attacks Dawson in the corner, causing Wilder to interfere. Ryder runs in as well and The Revival use the distraction from the referee to attack Hawkins. They hit a Hart Attack for a two count.

We return to see Dawson get floored with a running knee from Hawkins. Wilder tags in and so does Zack Ryder. The Broski knocks Wilder down and hits Dawson off the apron. He then hits Wilder and Dawson with a back body drop before connecting with the Broski Boot to Dawson in the corner.

Dawson and Wilder hit their death valley driver/flying knee tag team move but Ryder kicks out. They look to double suplex Ryder but he reverses into a double neckbreaker. Dawson rolls-up Ryder but he kicks out. Hawkins tags in but Dawson didn’t see and knocks him from the apron. They hit the Shatter Machine on Ryder and Dawson looks for the pin but Hawkins runs back in and rolls-up Dawson for the win!

Still to come, The Man will be live, Seth Rollins Vs. Kofi Kingston for both WWE Championships, and Baron Corbin will be out next to celebrate his victory over Kurt Angle.

Baron Corbin makes his way to the ring and he mocks the fans for booing him. Corbin says he’s had to listen to them whine for weeks about him facing Kurt Angle at WrestleMania, and he proved last night that Angle doesn’t deserve to be in the same ring as him.

He says despite his long list of accomplishments, he’s used to people doubting him. Last night he proved to the world that he is better than an Olympic gold medallist. And because of that, he thinks he deserves a medal of his own.

Kurt Angle then interrupts Corbin and comes to the ring. Angle says that last night Corbin was the better man. And that his career is over now but Corbin’s is just beginning. And he wishes Corbin all the luck in the world. He extends his hand and Corbin shakes it. Angle then says “back luck” and hits Corbin with an Angle slam, before applying the ankle lock. Corbin taps wildly before crawling through the ropes. Angle poses with the fans while they chant “you suck”.

He was always LURKING…

Before Angle can leave the ring, he’s interrupted by the long-awaited Lars Sullivan! The giant makes his way to the ring and squares up to Angle. He then lifts Angle and hits his finisher, which I forget the name of but is essentially a mix between a chokeslam and Rock bottom. The fans boo and chant “a$$hole” at Sullivan, who then climbs the ropes and hits a diving headbutt to Kurt Angle!

Alexa Bliss makes her way to the ring after issuing a challenge earlier today to Sasha Banks and Bayley. The hugger is the one who answers the call for a match with Bliss.

The match begins and Bayley floors Alexa with a forearm and puts her in the corner. Bayley punches her before dropping her on the top rope. Bliss falls to the outside and pulls Bayley out with her.

She punches Bayley at ringside before sending her back inside. She applies a chin lock while the crowd starts singing for Bayley. Bayley fights up, but Bliss hits her with a mistimed clothesline. Bliss charges and slaps her in the face. Bayley soon rolls her up and grabs the ropes, but the referee sees. Not a very babyface move.

.@AlexaBliss_WWE is absolutely dominating @itsBayleyWWE in their matchup on #Raw! #RAWAfterMania pic.twitter.com/40C7y24qTZ

Bayley hits a sunset flip into the corner, but bad ring positioning has Bliss’ arm under the rope. Bayley is knocked out of the ring. When Bayley gets in the ring, Bliss hits her with a DDT for the win!

Woof. That was a rough match. Bayley consistently has rough matches with women across the roster.

Becky Lynch, the Raw and SmackDown Live Women’s Champion, will be out after the break.