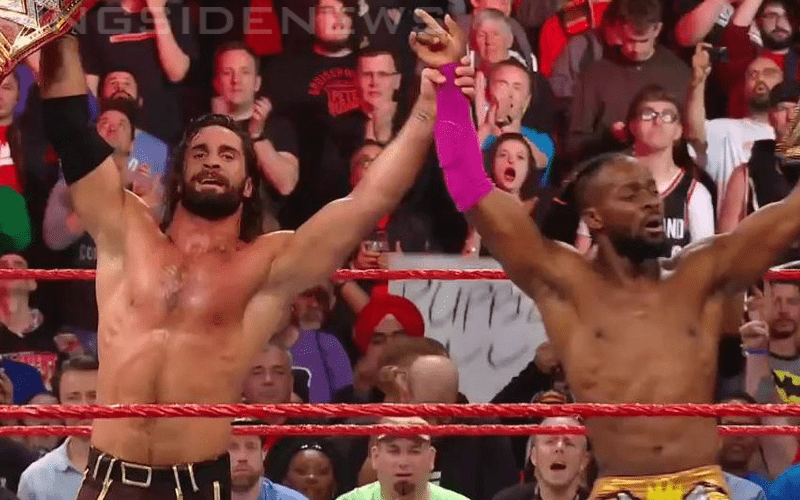 Seth Rollins kicked off the Raw after WrestleMania. The crowd was on fire as they usually are after the show of shows. Rollins was there to celebrate and the Brooklyn crowd was right along with him. Then the unthinkable happened when a Winner Take All match was booked that could have changed WWE History.

If you want full results for the Raw After WrestleMania please click here.

Kofi Kingston and the New Day interrupted Rollins and then had a good time bantering before they got down to business. Kofi Kingston said he watched the main event of WrestleMania and he thought that a Title For Title match sounded like a good idea.

Kingston challenged Seth Rollins to a Title For Title match that night on Raw. This challenge was accepted.

Later on, Rollins and Kofi were ready to throw down. WWE even had a snazzy Title For Title graphic made up for this match. It got started and was going very well. Suddenly, The Bar slid in and jumped Kofi Kingston.

The referee called for the bell and Seth Rollins challenged Sheamus and Cesaro to a tag team match. As Kingston and Rollins faced The Bar in a tag team match instead, the Barclays Center crowd chanted: “Bullsh*t.”

The crowd kept chanting their disapproval throughout this match with “Delete” chants and other similar rhetoric. Finally, Rollins got the win for the babyface team of champions.

The Raw After WrestleMania might not have ended as it was promoted to at the beginning of the broadcast, but it certainly seemed to further tease a plausible end to the brand split. Ironically, we’re in for another Superstar Shake-Up next week. 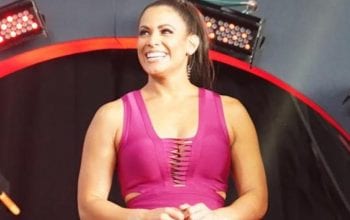