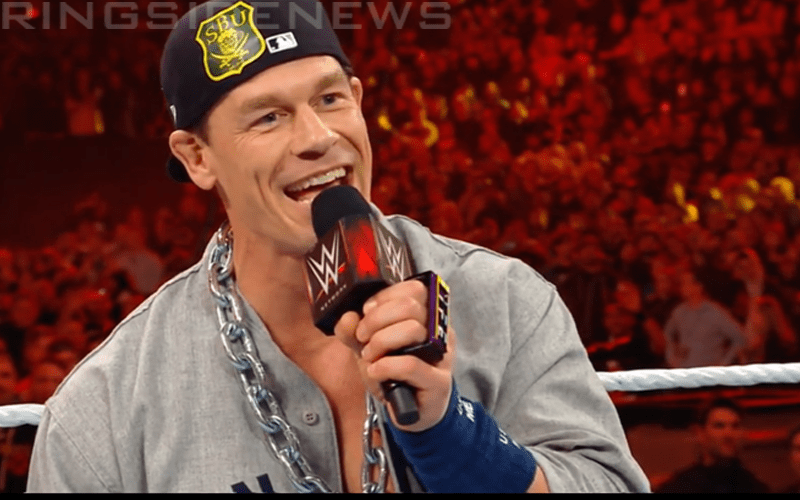 Elias was in the middle of his big WrestleMania contest. Suddenly, they started playing a video on the screen about Babe Ruth. The WrestleMania crowd was stunned and wondering what was going on. They would soon find out in a big way.

If you want to see full WrestleMania results you can check that here.

Suddenly, John Cena came out to his old Word Life Thuganomics music dressed in a backwards baseball hat and Babe Ruth’s jersey. He got in the ring and told them to “kill the beat” before stating that the Dr. Of Thuganomics is back.

Cena rapped a bunch of insults at Elias calling him a wasted wrestling experiment and he said that Elias isn’t even half a dog he’s a little piece of
Shih Tzu. Then he said that he’s about to bury Elias’ push, “your face looks like my nuts, but you got a hairier bush.”

Cena hit a 5 Knuckle Shuffle on Elias followed by an FU. This was quite a throwback WrestleMania moment.