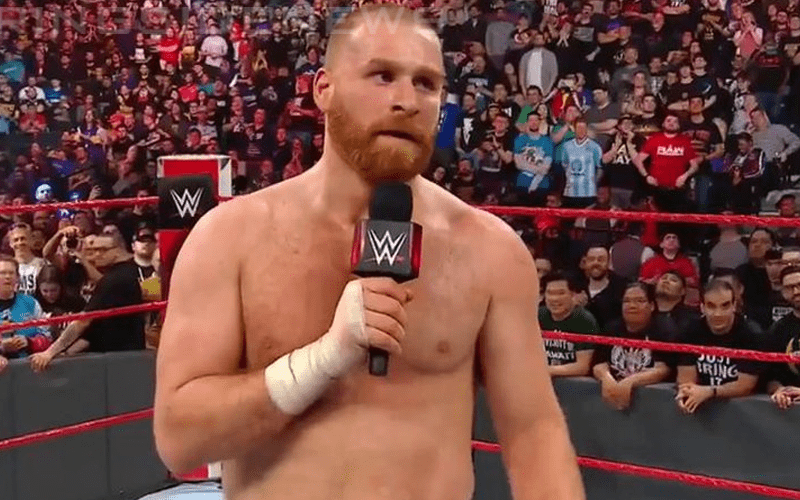 WrestleMania was a big night, but they didn’t have room for everyone on the show. For some reason Kevin Owens was totally snubbed at the show of shows. On the next night his best friend Sami Zayn made his return after double shoulder surgery

If you would like our full results for the Raw After WrestleMania you can check here.

Sami Zayn made his way to the ring and the Brooklyn crowd was very hot for him. They filled the Barclays Center with “ole” chants and popped loud when he said, “Hello” and reintroduced himself.

Zayn said that his schedule is wide open and said he could go for a match right about now. He invited someone from the back to come out and have a match. Suddenly, his challenge was answered in the form of Finn Balor.

It was announced that this match would be for the Intercontinental Title and then the match took off from there. Zayn didn’t win the match, but he certainly made a big impression.

After the match was over Zayn said that he didn’t miss the fans and that WWE is toxic. He got a lot of heat as he ran the crowd down and called their lives empty and void of any kind of meaning.