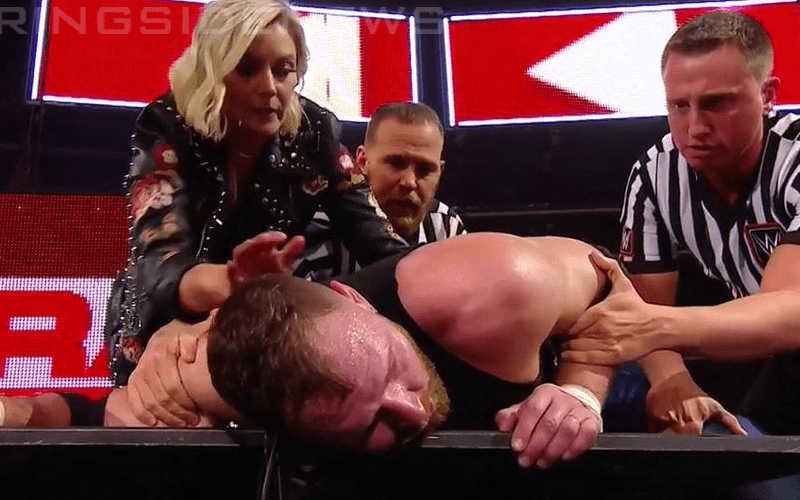 Dean Ambrose did not show up at all during WrestleMania. He told WWE that he is leaving the company when his contract is up this month and that is what he plans on doing. It was announced on the Raw After WrestleMania that he would have one more match on Raw, but it never took place.

If you would like our full results for the Raw After WrestleMania you can check here.

Dean Ambrose was set to face Bobby Lashley. The only issue is that the bell never sounded so the match didn’t start. Instead, Lashley told Dean that he will take care of his wife while he’s gone. This caused Ambrose to jump Bobby and they brawled for a bit before the All Mighty took control.

Lashley beat Ambrose down and used his body to demolish the announce table. Renee Young — Dean Ambrose’s wife — rushed to be by his side. As Ambrose sold this assault the crowd broke into “Thank you Ambrose” chants while the screen cut to black on Dean Ambrose’s supposed final appearance on Raw.

Renee Young did not return to the commentary booth after that and Michael Cole explained that she was backstage with Ambrose as the medical staff tended to his injuries. Young later came back and Cole asked her about Ambrose and she said: “I don’t think I should talk about it.”

This is very interesting, but it seems like if this was indeed Dean Ambrose’s final appearance on Raw then there were better ways for it to happen.