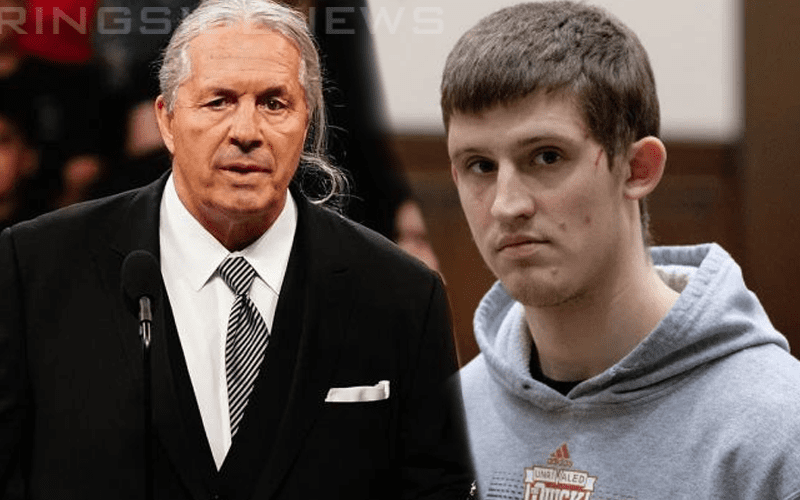 The 2019 WWE Hall Of Fame will be a night Bret Hart will never forget, but there is one event he wishes never happened that night. A man named Zach Madsen jumped the barricade and tackled The Hitman. Luckily there were plenty of people around to help him out.

Madsen appeared in court and was given a bond amount. It was also reported by the New York Times that Madsen had a very interesting reason for this assault which he explained to the court.

“I just felt like it was the right moment”

It might have felt like the right moment for him, but it was soon followed by Dash Wilder feeling like it was the right moment too as he knocked Madsen down like a sack of staplers after delivering a justified uppercut.

Bret Hart was granted an order of protection against his attacker as well. So hopefully, this kind of thing never happens again.