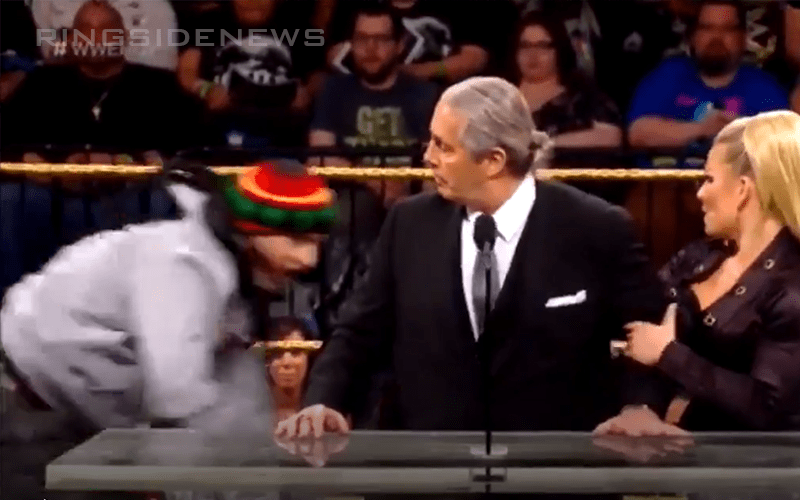 Bret Hart was rudely interrupted during his WWE Hall Of Fame induction speech. He was in the middle of accepting the honor as part of the Hart Foundation when Zach Madsen rushed the ring and tried to take him out. Lucky for him, there were plenty of trained fighters around.

The New York Post reports that Bret Hart and WWE security guard Thaddeus Jones were both granted orders of protection against Madsen. This is understandable because the guy caused quite a stir and nobody wants a sequel.

The judge also granted an order of protection against Madsen to Hart and the WWE security guard, Thaddeus Jones.

It is very likely that Mr. Madsen will also not be permitted to attend any more WWE events. The company put out a statement on the matter, but it’s very reasonable to believe that they are way more upset about this than they let on in their public address.