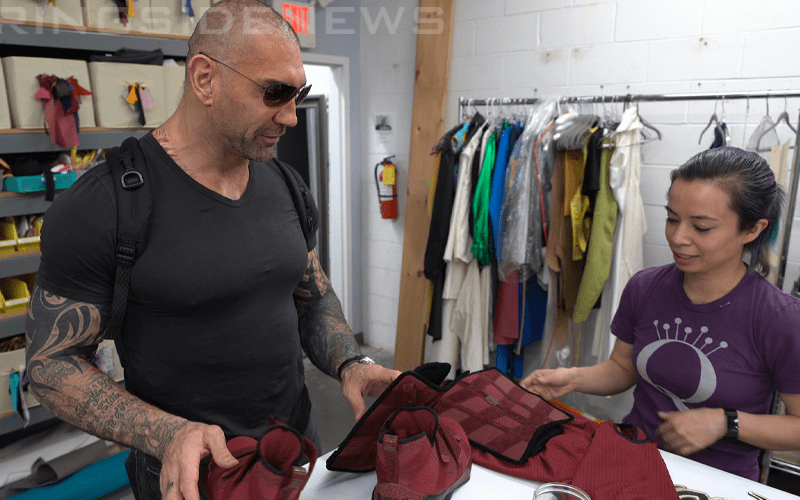 Batista wrestled his final WWE match at WrestleMania 35. He wanted to make his attire as special as possible so he enlisted the help of GSTQ Fashions in Atlanta Georgia. This company has also made a custom leather jacket for The Rock and other leatherwork and specialty costumes for many celebrities and entertainment projects.

Those boots that Batista was rocking were customized Nike Lebron Soldiers and a spare pair was chopped up so the hightops could extend into full wrestling boots.

Batista decided on those boots because he wanted it to look like a gladiator or futuristic superhero. The symbol on the back of the trunks Batista wore was inspired by his tribal tattoos and his love of lions. After all, Batista calls his office The Lions Den.

Batista left the designing up to GSTQ Fashion, but he just wanted them to match the boots. He actually heard about the company through his work on Guardians Of The Galaxy through all of the cosplay clothing the company makes.

You can check out a pretty great video below to see how the entire process went down.