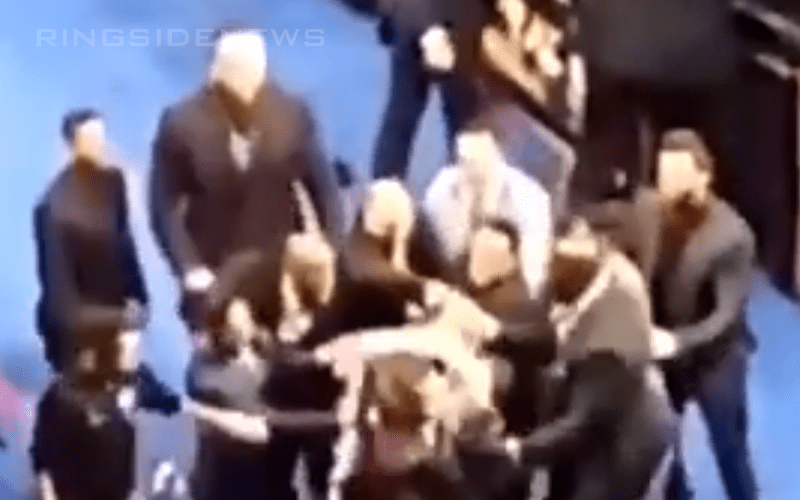 Bret Hart was in the middle of his WWE Hall Of Fame speech and then some idiot jumped the rails and tackled him. This did not end well for the attempted attacker.

WWE Superstars rushed the ring and you can see footage of the melee here. The camera actually cut to black during the brawl, but everything seemed to be calmed down after they went back to the ring.

The Revival were really looking forward to seeing their heroes The Hart Foundation inducted into the WWE Hall Of Fame and this dude wrecked it.

Dash Wilder took great exception to this and he just had to seek out this guy and give him one good shot as he led him off. After taking this blow, the attacker dropped like a sack of bricks. We love The Revival so much more now.

We have uploaded the video to our Instagram page which you can check out here.