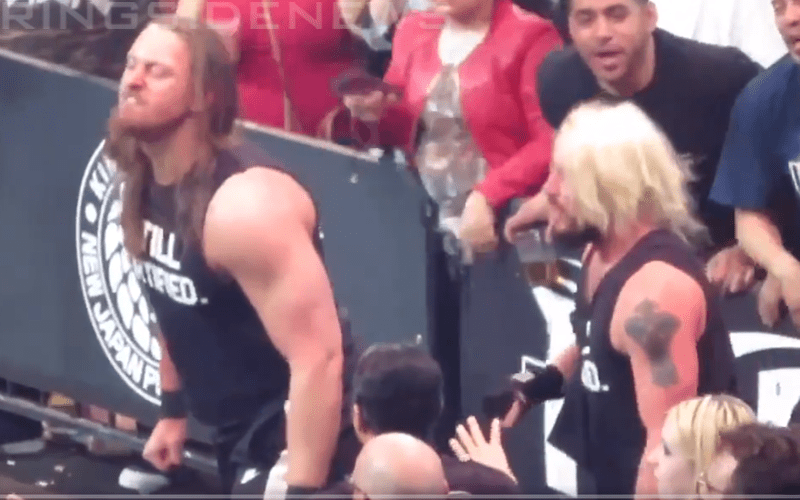 The G1 Supercard was going on just fine at Madison Square Garden and then former WWE Superstars Enzo Amore and Big Cass jumped the barricade and chaos ensued at ringside.

Dave Meltzer noted on Wrestling Observer Radio that this was all a big work. It seemed real for a reason, but it wasn’t. In fact, Meltzer was told there would be a surprise or two at the G1 Supercard Show, but he didn’t expect this.

It was said that the idea was if they don’t show it on television then people would think it’s real. This is why the punches were so stiff and everyone took it seriously.

It also helped that the IWC was just rocked by the fact that someone actually jumped Bret Hart at the WWE Hall Of Fame. This was a very big deal so people were just more likely to buy into this being real as well. That was definitely not something that ROH saw coming, but it kind of worked to their advantage as well.

Meltzer said “so they’re in Ring Of Honor now.” There was no note on whether Enzo and Big Cass actually signed with ROH at this point.