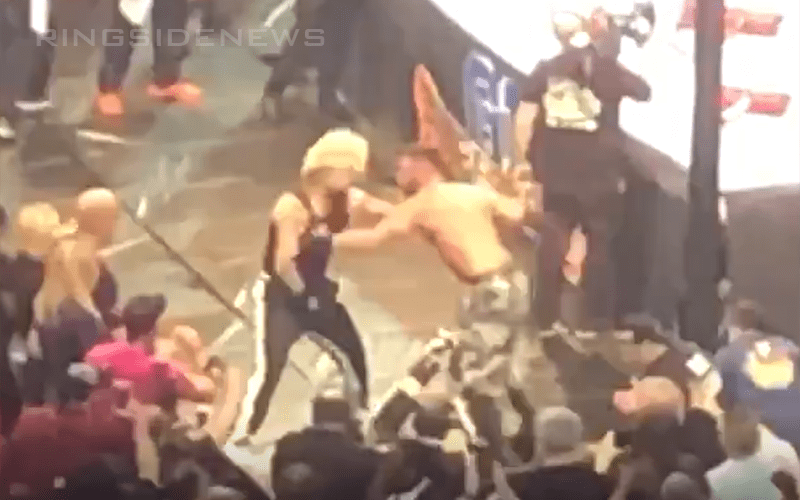 Enzo Amore isn’t welcome at WWE events anymore because of the fact that he caused such a stir at Survivor Series. He’s not done causing chaos though.

The G1 Supercard show is going on at Madison Square Garden tonight and this is why the WWE Hall Of Fame was moved to Saturday. It turns out that Bret Hart’s attacker wasn’t the only person who jumped the rail at an event in NYC tonight.

Enzo Amore jumped the rail at the G1 Supercard show after the tag team match and this did not end well for Amore. NZO was taken down and out by Bully Ray and then Big Cass tried to help, but it was to no avail.

This could have been a work. If it was, they were punching for real. The event was also in NYC so you never know if Big Cass and Enzo just decided to do this on their own.

They were quickly pinned down and this seemed all too real. You can check out video footage of this melee on our Instagram page.