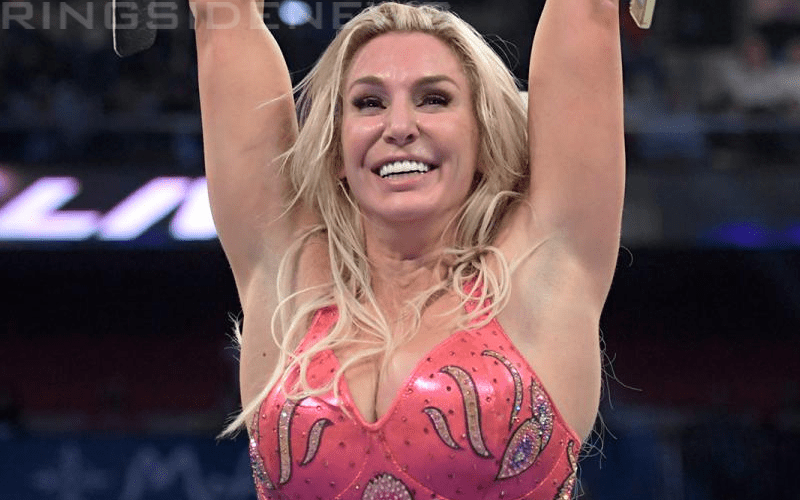 Charlotte Flair surprised a lot of people when she walked away with the SmackDown Women’s Title two weeks before WrestleMania. There were some people who weren’t very happy about this decision and Becky Lynch said that Asuka deserved better. That does not change the facts.

Dave Meltzer commented about this decision during Wrestling Observer Radio where he revealed that WWE has been kicking this idea around for a while. However, the actual decision wasn’t made to go with the change until Tuesday afternoon.

“Everything in this program has constantly been shifted and changed. So like yeah this is obviously a response to something however Vince woke up and you know… now the idea of this… the idea of both belts at stake or both belts involved in this match is not new, okay? But, Vince decided to go with it today.”

“It’s not like someone came up with this idea this afternoon and Vince goes, ‘Great idea.’ This has been around, I mean it was around… I don’t know. I remember someone sent me a thing and was like, ‘Oh what do you think of this idea?’ This wasn’t even someone important at all, but it was out. The decision was made today, so yeah. People saying there’s no storyline build, well, they weren’t even going to do it until today. So how’s it going to be a storyline build when you change direction again?”

We will have to wait and see if WWE decides to put both titles on the line in the WrestleMania main event. It could very well be the first stages of unifying the Women’s Titles in WWE, but that hasn’t been confirmed.

One thing we do know is that they certainly seemed to have that graphic ready with Charlotte Flair holding the SmackDown Women’s Title in the Mania main event graphic ready when the time came.