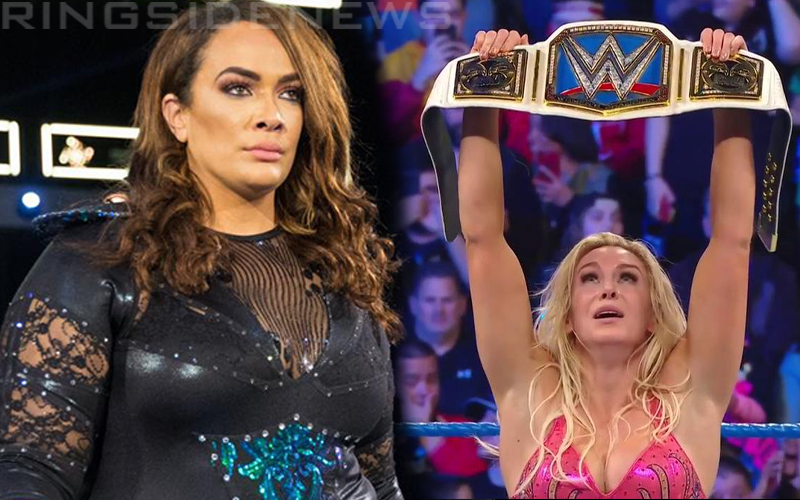 Nia Jax watched WWE SmackDown Live like the rest of us and she was plenty surprised by what she saw. Charlotte Flair showed up and a SmackDown Women’s Title match took place out of nowhere. Asuka was supposed to figure out who her WrestleMania opponent would be, but WWE had other plans.

Charlotte Flair won the SmackDown Women’s Title which really changes the dynamic of the match that will main event WrestleMania. Nia Jax apparently didn’t appreciate how this went down and clapped back in a big way.

Damn…ALL the sacrifices made for this match to happen…I hope it’s all worth it. Two women have earned this opportunity and one still doesn’t even get it.

You have to see Nia Jax’s point as she takes up for Asuka. Now it looks like it will be champion vs champion vs challenger at WrestleMania. However, the match only seems to be for the RAW Women’s Title for now.