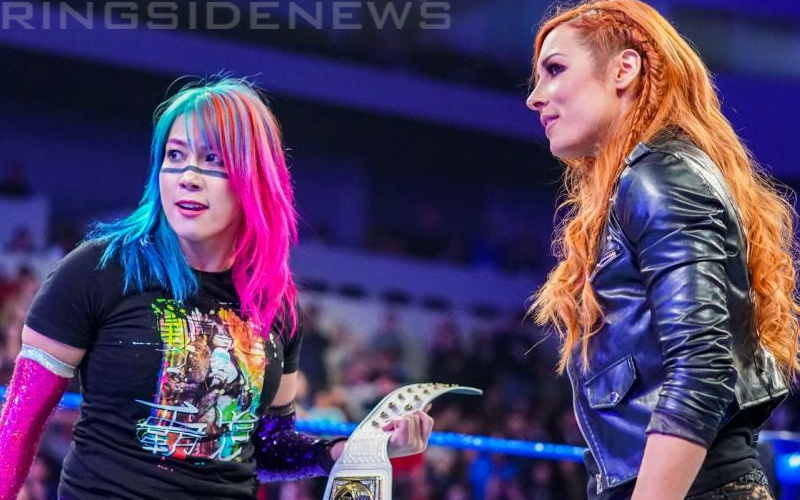 Asuka is no longer SmackDown Women’s Champion just two weeks before WrestleMania. She lost her title on SmackDown Live to Charlotte Flair in a tough match, but it did not come without controversy.

Becky Lynch knows a thing or two about Charlotte Flair muscling herself into matches that she doesn’t belong in. The Man commented about this match and was not happy about how it went down. If anything, she agrees with a lot of fans that Asuka certainly deserved better.

She did less to earn that title shot than the Wrestlemania one. Asuka deserves so much better.

Asuka will not get an automatic rematch because that is not in WWE’s policy anymore. Therefore, it will be Charlotte Flair as SmackDown Women’s Champion aiming for Ronda Rousey’s RAW Women’s Championship at WrestleMania. Becky Lynch is also in that match and will fight to make sure that Flair doesn’t leave the show of shows as a double champion. However, things could have gone down a lot differently for Asuka.