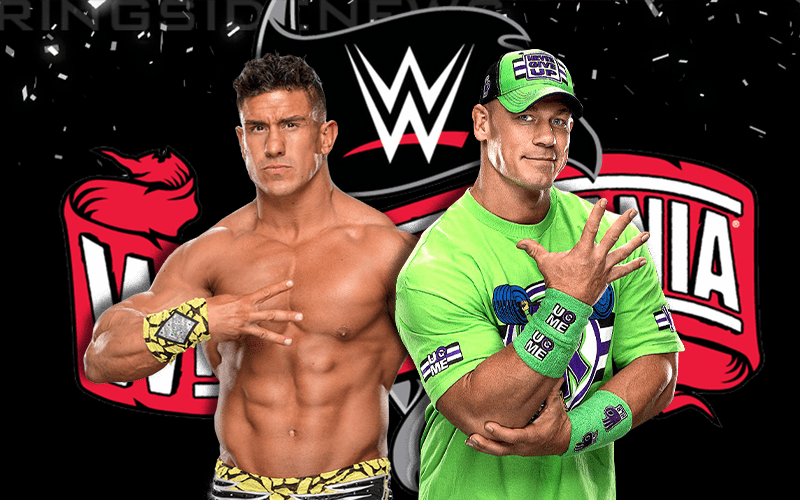 EC3 hasn’t received much of an opportunity in WWE yet and there are signs that the company might have given up on him completely. He isn’t afraid of failing in WWE, but he still has his eyes set on the prize in a big way.

While speaking to Gorilla Position, EC3 said that his aspirations in WWE include a big match at next year’s WrestleMania in Tampa, Florida. It would be a big deal too because EC3 revealed that he has already spoken to John Cena about making it happen.

“That’s my goal, that’s my aspiration and a match I’m going to work for and putting it out there in the universe. Saying you’re going to do something and going out and going out and doing it there’s no better feeling in the world. So I’m saying that’s what I’m gonna go out and do, let the chips fall where they may.”

“Oh yeah, constantley” was EC3 response when asked if he has spoken to John Cena about this. It turns out that trolling each other on Instagram was more than just fun and games. EC3 said Cena’s Instagram is bizarre, but it is really him.

EC3 said that he wants John Cena to know that he has someone waiting on him when he comes back from whatever Hollywood project he has in line. There has been no shortage of social media shots between the two.

You never know when WWE could make this match happen. After all, John Cena doesn’t have a confirmed opponent for WrestleMania yet so this could always be EC3’s year if they want to surprise everyone and strap a rocket to his back.