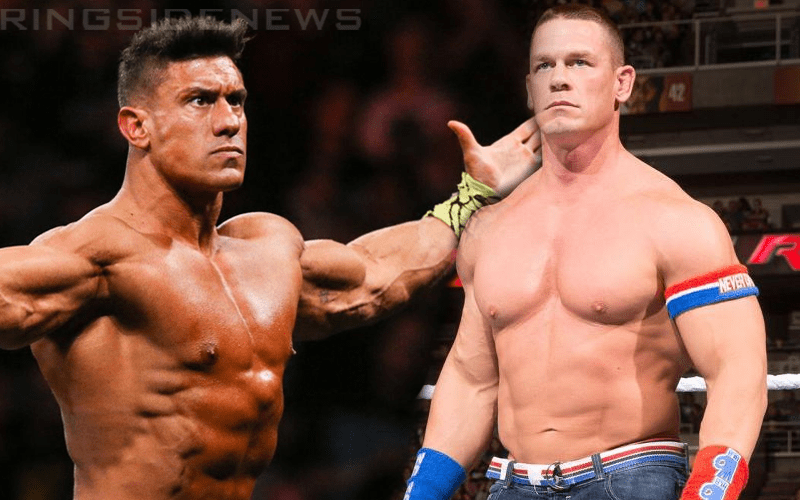 Dean Ambrose cut a great line toward EC3 when he “Where is EC1 and 2?” Plenty of fans wondered the same thing. After all, EC3’s name origin hasn’t been explained in WWE seeing how he is Dixie Carter’s nephew.

EC3 answered back that night on social media and explained where EC1 and EC2 were during RAW. However, he had to throw out a great jab at John Cena too.

While saying “I’m the prototype of memes,” EC3 put up two pictures of Cena as EC1 & 2 while EC3 played himself. It was a very clever joke that requires some history to really understand. John Cena was known as “The Prototype” in OVW and you can check out a great little video of that character below.

You never know if John Cena vs EC3 would become a reality. They have teased each other in the past. Of course, Cena would have to work it into his busy movie schedule which is getting even more complicated as the weeks go by.