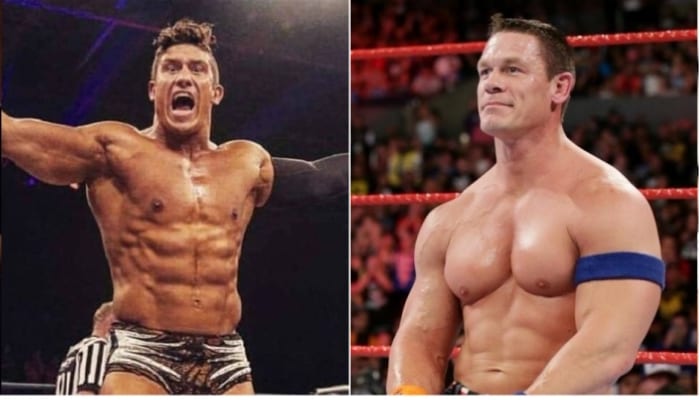 EC3 and John Cena seem to be trading shots at each other and Carter seems to be one-upping Cena at every turn.

John recently took a picture with a fan holding a picture from his Instagram which was a meme of EC3 saying he will vanquish Cena at WrestleMania.

It looks like this fan might have been sent by EC3 because he met up with this fan to take a picture of the fan holding a picture of herself with John Cena. Carter wrote: “Inception Picture Level” as a caption like this is a dream within a dream.

At this point, it’s becoming like one of those pictures of a picture of a picture that you’re looking at that just keeps going on and on forever. It’s pretty awesome, to be honest. Let’s just hope this brave fan will be able to snap a picture of herself holding a picture of this Instagram photo to really complete the endless illusion.