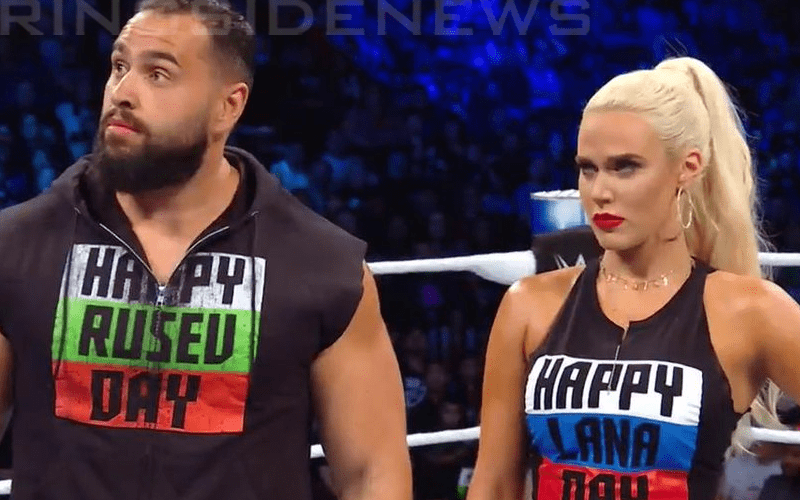 Rusev likes to have a lot of fun trolling fans that he could be leaving WWE. However, The Bulgarian Brute is living his dream as a WWE Superstar years after arriving in the USA with a dream of simply becoming a pro wrestler.

The married couple has made no secret about frustrations with the company and Lana has ranted about it online plenty of times. However, WWE’s new deal with the Mars candy company might provide fans with a sign that the company still sees a lot in Rusev and Lana.

As part of the new partnership, Snickers will be releasing five limited edition wrappers for their product. The Miz as Awesome, Lana as Ravishing, Bobby Roode as Glorious, AJ Styles as Phenomenal, and Rusev as Brute. The fact that both Rusev and Lana are featured in this sponsorship deal is a very good sign for them.

Of course, nobody’s job is 100% solid because WWE has released people in much better positions on the card before. However, the fact that both Rusev and Lana are featured in this respect should give fans a pretty clear indication that they are likely not going anywhere anytime soon.