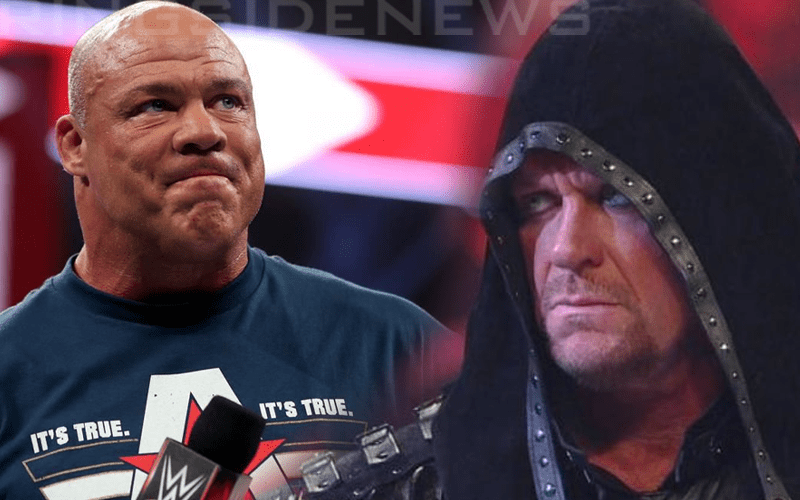 WWE’s WrestleMania 35 event will take place in just a few weeks and we already have a few big matches booked on the show. One encounter is not fully announced, but we know it will be Kurt Angle’s farewell match.

The WWE Hall Of Famer announced this week on RAW from his hometown of Pittsburgh that WrestleMania 35 will be his final match. He spoke after the show about who he could be facing and he had a few good ideas, but he doesn’t know who his opponent will be yet.

Ringside News has learned that at one time WWE officials were kicking around the idea of The Undertaker vs Kurt Angle. However, The Dead Man doesn’t want to wrestle in this kind of match right now.

We previously reported that Undertaker wants to work a smarter schedule in 2019. This is one of the things that he was talking about. Not only that but booking the finish on a match between those two legends might be a challenge.

WWE is still trying to make up their minds to 100% confirm Kurt Angle’s farewell opponent, but at this time the heavy favorite is John Cena.