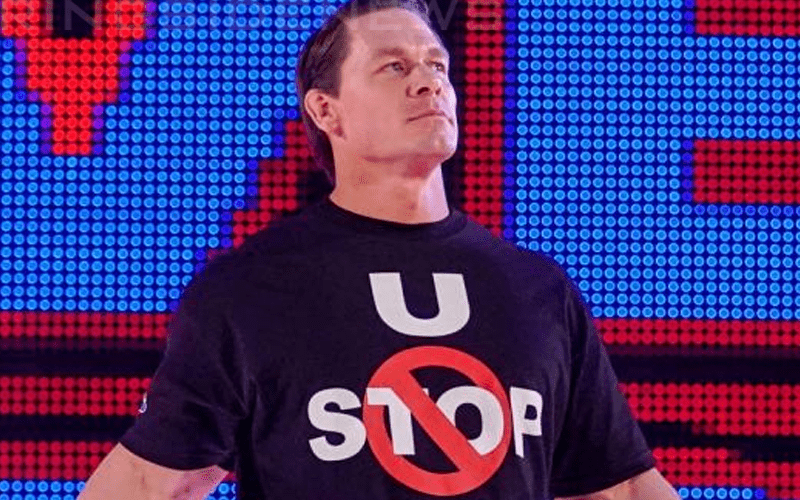 John Cena is currently busy in Canada filming a new movie called, “Playing With Fire.” He is set to wrap up shooting on the Monday before WrestleMania, but he is fully expected to be at the show of shows. No opponent has been officially announced for Cena yet and it seems like WWE has switched up their plans for his Mania opponent on a couple of occasions already.

Kurt Angle announced this week on RAW that he will be retiring after WrestleMania. Since Angle only has one more scheduled match to compete in before hanging up his boots, there are going to be plenty of people vying to be that opponent.

John Cena and Kurt Angle share a history together. Cena emerged into the WWE Universe with the Ruthless Aggression gimmick after walking up to Angle and punching him the face. That match resulted in a victory for Angle, but Cena might want another shot over fifteen years later.

Cena made plenty of fans lose their minds when he posted a picture of a young Kurt Angle on Instagram. This could be seen as a challenge, but he could just be playing around on Instagram as well.

Cena is known to post pictures on Instagram with no explanation. The fact that Kurt Angle has this big match coming up and he named John Cena first when asked who his opponent could be makes this situation even more interesting.