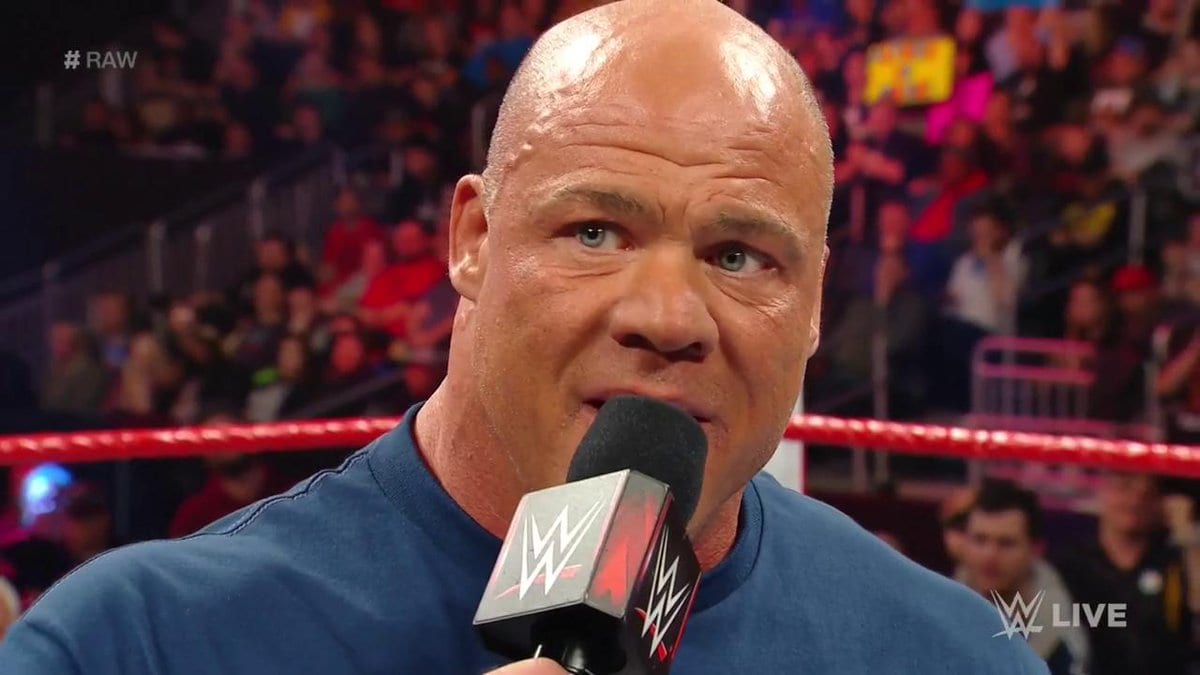 Kurt Angle’s career is rumored to be winding down and he came out in his hometown of Pittsburgh to address the crowd about his future in WWE. He did this a couple of weeks ago, but obviously, The WWE Hall Of Famer didn’t retire. Instead, he ended up in another match.

The WWE Universe gave their hometown son a rousing ovation and reminded him that he sucks. Kurt Angle came out in his ring gear as well which is always interesting when someone is teasing an announcement about future.

He spoke about winning an Olympic Gold Medal with a “broken freakin neck” after leaving Pittsburgh 23 years ago. No matter where he went (or lived) he always considered Pittsburgh his hometown.

Angle said he saved this announcement for his hometown crowd. Then he revealed that WrestleMania will be his farewell match. As he started to tear up, the crowd chanted, “Thank you, Kurt.” Then he had one more match in Pittsburgh before retiring and his opponent was Apollo Crews.

No opponent was announced for Kurt Angle at the show of shows, but it will be his farewell match. Let’s hope WWE makes it count.