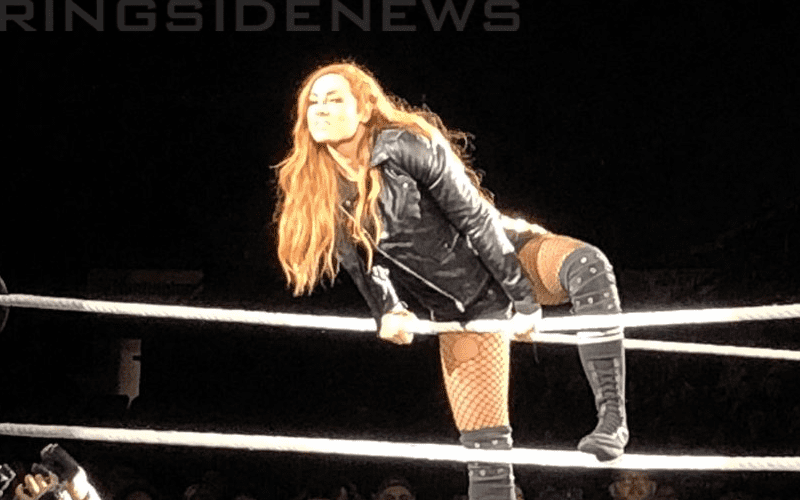 Becky Lynch has been selling a knee injury since the Royal Rumble event. She was thrown off of the steps during the Women’s Royal Rumble match and hurt her knee. Then after it was revealed that the doctors had cleared her, Charlotte Flair took her out again and bashed her knee with a crutch at a live event to bring that injury back.

Lynch has limped everywhere she went for a while with the assistance of a crutch, but that changed when WWE rolled into Youngstown on Monday night. Becky Lynch competed against Charlotte Flair and she did not have a crutch at all. Not only that, but her knee wasn’t even a part of the contest’s storytelling.

The Man won the match after locking in a Dis Arm Her which caused Charlotte Flair to tap out. This is a very interesting turn of events as this happened not 24 hours after WWE Fastlane where Becky Lynch was selling her knee so much that she couldn’t even really compete. In fact, the match wouldn’t have been allowed if Lynch hadn’t signed a “hold harmless” waiver.

So don’t expect Becky Lynch to be selling her knee anymore. Then again, this could always change, but if she’s still selling this injury on SmackDown Live then fans will start to wonder what is going on because The Man competed in Youngstown Ohio last night without a limp at all.