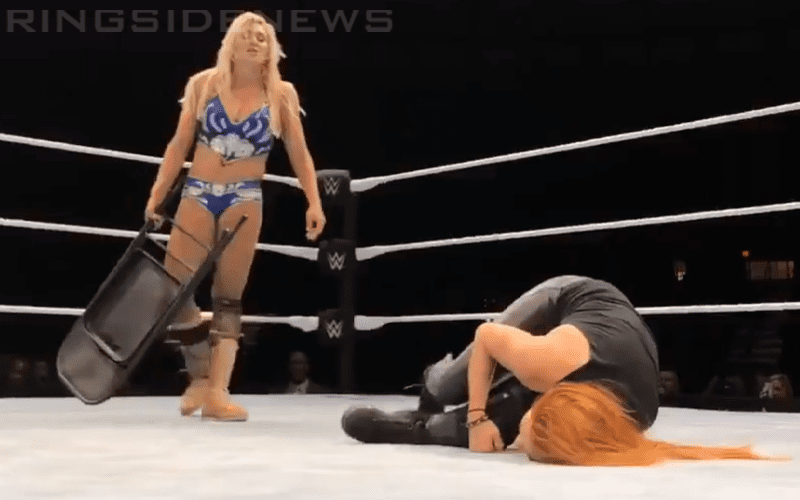 Charlotte Flair took Becky Lynch’s spot in the WrestleMania main event match. Vince McMahon didn’t like The Man’s attitude so he decided to teach her a lesson. Charlotte Flair had her own lesson to teach Lynch at WWE’s Saturday house show in Alexandria.

Lynch jumped the barricade as she has in the past during her “suspension” to interrupt Asuka vs Charlotte Flair. However, Flair was ready for The Man this time.

WWE said Flair re-aggravated Becky Lynch’s knee injury so that might be where they are going with this story. Either way, it was still a big surprise for the fans in Alexandria to see Becky Lynch storm the ring and a bigger shock to see The Man defeated in such a way.