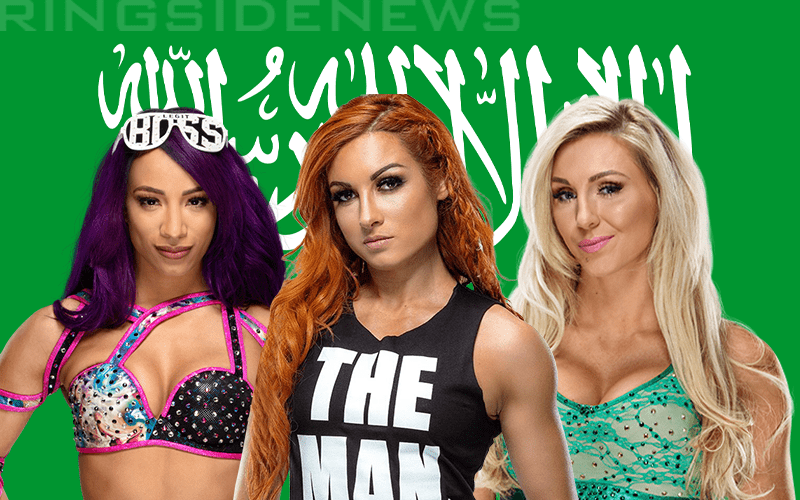 WWE’s decade-long deal with Saudi Arabia is in its second year and they are looking to take a little bit of the heat off of the event. At first, fans were upset about the fact that women weren’t allowed to perform on the Saudi shows. This was amplified by the fact that after WWE accidentally showed images of female Superstars to the KSA crowd, a public apology needed to be addressed and a terrorist threat was issued.

Rajah reports that it is the company’s hope to have women compete in Saudi Arabia this year. At this point, there is no all-female WWE pay-per-view set for 2019 and there could be a reason for that.

It is reported that WWE is holding off on announcing an all-female event because the company is “holding out hope” that the November Saudi Arabia show will feature female-only matches. They just have to convince the government in KSA to allow this to take place.

Not only that but “WWE is leaving the possibility open of adding a women’s only PPV regardless of the situation with Saudi Arabia.”

2018 didn’t start with Evolution on the calendar either. That historic event was added around the time as a Saudi Arabian show therefore, it could be done once again in 2019.