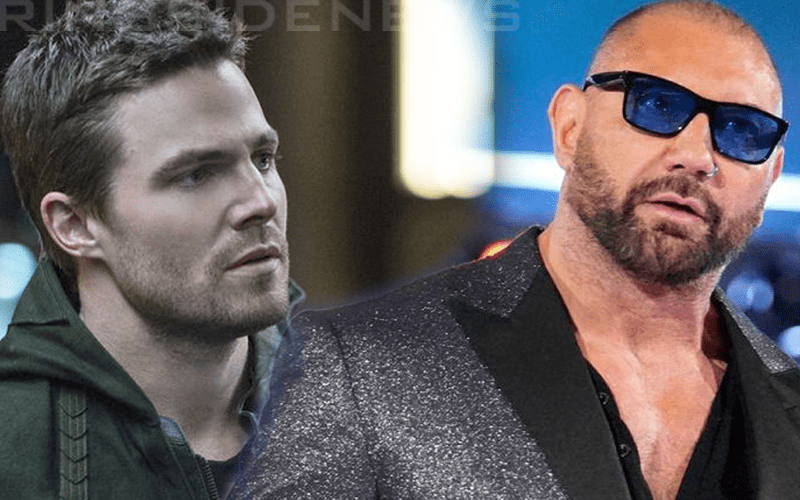 Batista’s return to WWE might only be for one WrestleMania match, but it will be a big one. However, the fact that he is returning to WWE as a big film star could be considered a distraction for some, at least Stephen Amell thinks so.

Arrow’s Stephen Amell said that his flight just landed only to have him find out that Batista vs Triple H is confirmed for WrestleMania this year. He then commented about Batista being a distraction at WrestleMania.

The Animal obviously heard this and he clapped back in a big way. He said that considering the fact that this celebrity could “actually f*ck someone up,” it makes a big difference.

Batista will now get a chance to end his career with WWE on his terms. The no-holds barred stipulation for this match is rather interesting, but it also gives both Triple H and Batista a lot more to work with. Either way, it will be taken as a serious match without the usual gimmick associated with having a celebrity enter the squared circle.