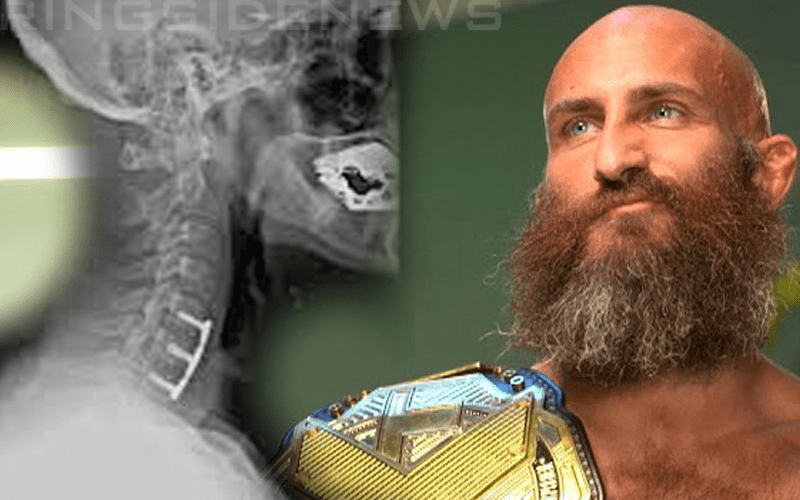 Tommaso Ciampa is injured and this is terrible to hear. He was just called up to the WWE main roster and was still the NXT Champion. Now it looks like Ciampa won’t be in action for a very long time.

WWE released an official statement on the matter where they confirmed Ciampa’s injury and that surgery will be needed to correct it. He will be having an anterior cervical fusion.

According to The Mayfield Clinic, the recovery time for this type of procedure “generally lasts 4 to 6 weeks” for normal activities. Pro wrestling is a much different thing than any kind of “normal activity.”

This doesn’t sound bad, but there can be numbness in the extremities for weeks to months after the procedure as well and WWE won’t be letting him come back that soon. They have to be incredibly careful with neck injuries which is why Jason Jordan’s in-ring career is likely over.

You can read WWE’s statement about Tommaso Ciampa’s injury here:

Following a medical evaluation today, Ciampa has been scheduled for an anterior cervical fusion.

Stick with WWE.com for more details as they become available.

Hopefully, this type of surgery means that Ciampa will be coming back sooner than later, but he will certainly be forced to miss WrestleMania in an unfortunate start for his career on the WWE main roster.