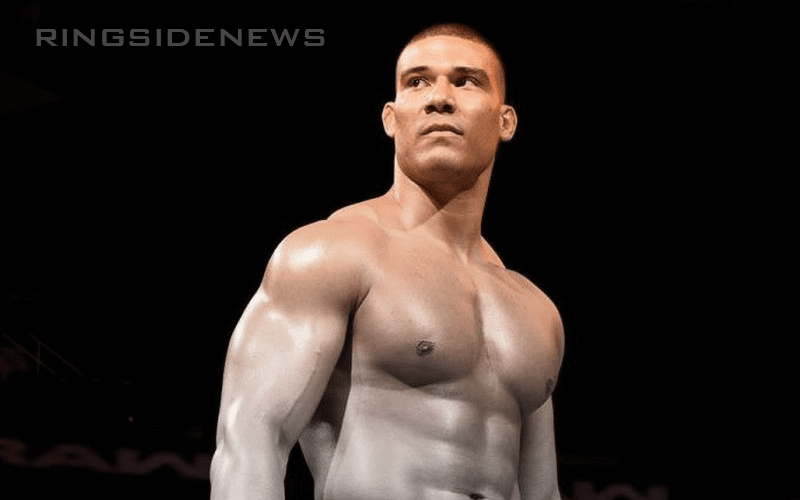 Jason Jordan wasn’t dealt the best luck upon his WWE main roster call-up. As a part of American Alpha, he tagged with Chad Gable and the two saw minimal success even with a SmackDown Tag Team Title reign. However, when Jordan was moved over to RAW things really didn’t sync up for him.

Kurt Angle revealed that Jason Jordan is his illegitimate son. Fans never accepted this story and WWE tried to cover their tracks. A WrestleMania encounter between Jason Jordan and Kurt Angle was planned, but it never happened after Jordan was taken out of action.

Jason Jordan suffered a neck injury which required surgery. He has been out of action since last January and the prognosis still isn’t good. Jordan is having trouble getting a grip with his hand and that can be a sign of more extensive damage.

Jordan did return to WWE, but not in the ring. Instead, he has worked as a backstage producer for the company helping arrange some key matches fans have witnessed on the main roster. This might not translate to an in-ring return though because Fightful reports that Jason Jordan’s career is “likely over.” There is a reason why Jordan isn’t used in pull-apart segments when WWE officials clear the backstage area.

It is always important to learn an extra trade just in case being a professional wrestler doesn’t work out. In Jason Jordan’s situation, he is using his skills understanding of the business in a backstage setting for WWE. It would be nice to see Jason Jordan make a return and get an update on his character, however, that doesn’t seem too likely at this point.