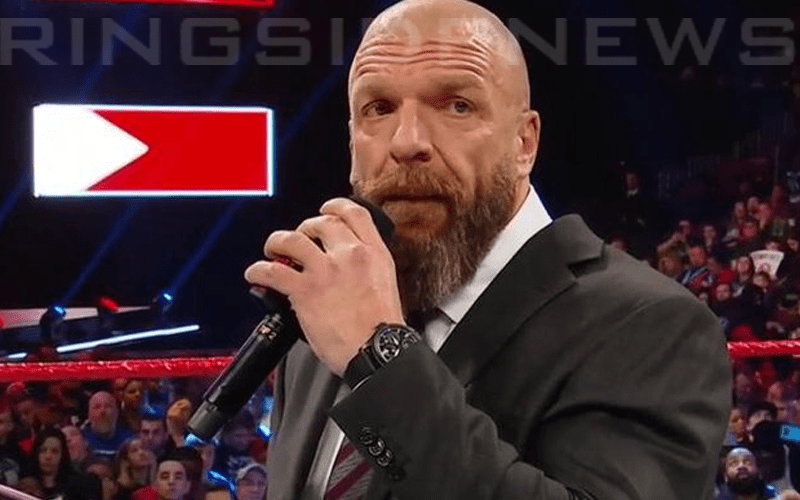 Triple H came out on RAW to cut a promo and he dug deep for this one. He was addressing Batista and his actions against Ric Flair last week on RAW and it got very personal.

The Game said he was out there last week not for Ric Flair, but for Richard Fliehr, the man behind the Nature Boy Gimmick. Triple H said he was there during Flair’s darkest moments like when he lost his son.

Then Triple H mentioned Flair’s illness last year and he got choked up speaking about how he was afraid that they lost The Nature Boy every time his phone rang during that period.

He soon turned his attention to Batista and called out The Animal in a big way. Triple H said this isn’t about characters because when he steps in the ring with him he’s looking at the man behind The Game.

“You want my attention, Dave? You got it!” Triple H screamed before throwing the microphone to the mat and storming out.

This was an amazing promo to hype a WrestleMania match that was years in the making.