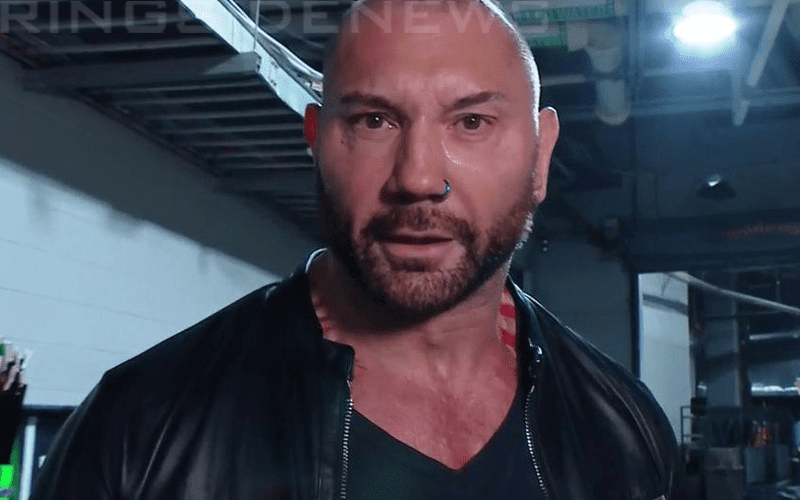 The entire WWE roster was on the stage preparing for Ric Flair’s 70th birthday celebration. They didn’t give the segment much room to cap off RAW, but it closed out the show.

Triple H and Stephanie McMahon walked out and they were all smiles like Ronda Rousey didn’t just lay down her RAW Women’s Title and walk out earlier in the night.

Ricky “The Dragon” Steamboat was introduced next and he still looks young and happy. He chopped all the Superstars he could while he walked through the crowded stage. Kurt Angle was brought out next even though he already beat Jinder Mahal previously in the night.

Finally, “last but not least,” Stephanie McMahon introduced Sting who took an extra moment to give Bobby Roode some love as he walked through the sea of Superstars.

They showed a tribute video for Flair and then Stephanie McMahon revealed a custom-made WWE Championship belt intended for Flair.

They introduced Ric Flair, but he did not come out. Instead, Batista was shown backstage going into Ric Flair’s dressing room. He drug The Nature boy out and looked at the camera before saying, ‘Hey Hunter, do I have your attention now? Huh?!”

Triple H went running up the ramp and the show closed out with a swarm of WWE officials surrounding Ric Flair. However, Batista and the blue nosering he was wearing had already vanished.

It looks like Triple H’s torn pectoral muscle is going to be fine by WrestleMania.