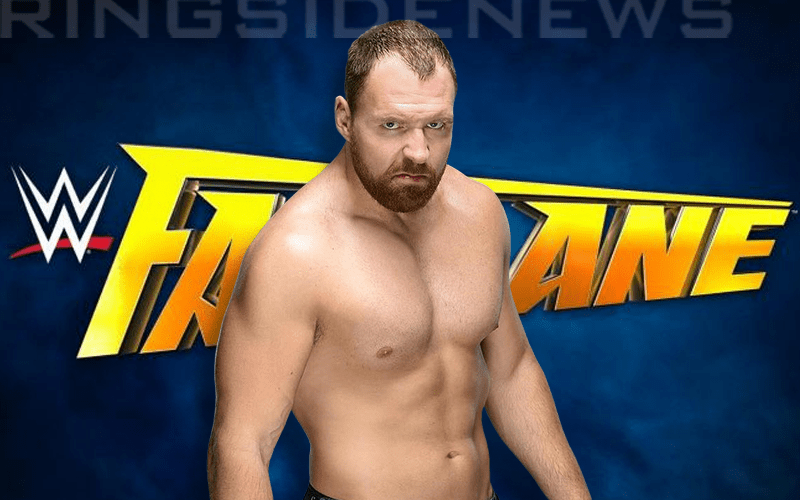 Dean Ambrose’s WWE status is a big question mark right now. He was added to WWE live events following WrestleMania when he is supposedly leaving the company, but then he was taken off of those shows.

Ambrose for an 8:00 AM appearance at WrestleMania Axxess on the morning of WrestleMania which is usually a spot reserved for people who will not be working the show of shows.

Roman Reigns said he will “take care of” Ambrose leaving WWE, but so far we haven’t heard anything official. Now it appears a Shield reunion is on the way.

In spite of local advertisements promoting a handicap match for WWE Fastlane, WWE’s writers are still working hard and very late into the morning to figure out what to do.

Post Wrestling reports that “we have been told Dean Ambrose will be part of the match [at Fastlane].” Therefore, even though Ambrose isn’t advertised to be in the match he will likely compete alongside his Shield brothers at WWE Fastlane.

The biggest question is what kind of match WWE will book for them.