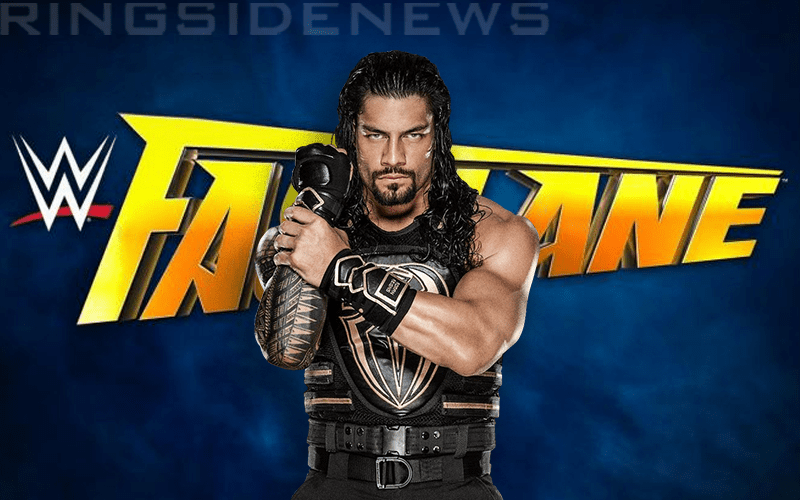 Roman Reigns made a very happy announcement this week when he revealed that his leukemia is in remission. Later on in the night, he and Seth Rollins came out and really teased a return of The Shield. It looks like that is what will happen at Fastlane to a certain extent.

There was some debate on what to do with The Shield at WWE Fastlane, but as we previously reported, they are going to do something. It appears that WWE has made a decision.

Local advertisements in the Cleveland Ohio area are now promoting Roman Reigns and Seth Rollins teaming in a handicap match against the heel trio of Drew McIntyre, Bobby Lashley, and Baron Corbin. One can only imagine that Dean Ambrose will eventually help out his brothers in some way.

With Dean Ambrose now confirmed for WWE dates past the time when it was said he was leaving WWE, it makes it even more promising that fans could finally see a full-fledged return for the Hounds Of Justice.