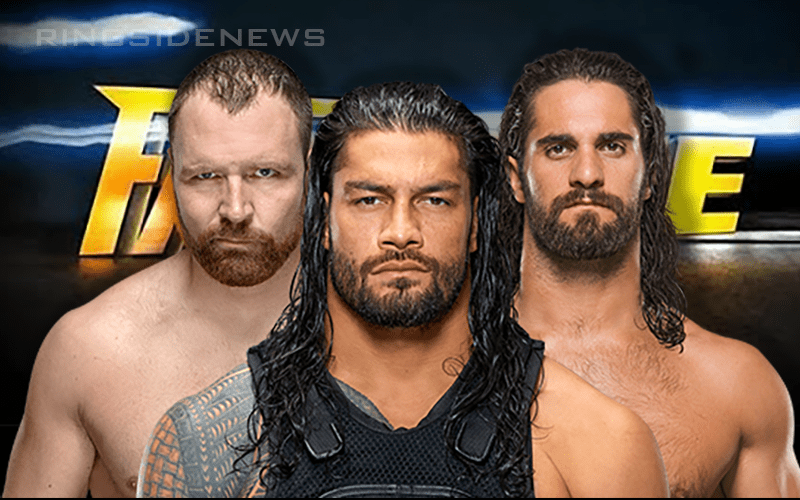 Roman Reigns will be appearing on RAW this week to make a big announcement. The nature of this announcement is being kept very secretive, but we have been told that there are some big things on the way.

Reigns is scheduled for Good Morning America on Tuesday as well where a big announcement is teased. This could very well be a follow-up or more in-depth questioning about his leukemia.

Ringside News was told that there are plans for The Shield at Fastlane to some degree. This could mean any number of things and doesn’t necessarily mean that Reigns will be competing.

Apart from our independent source informing us of this possibility, Sean Ross Sapp of Fightful reports that he has heard the same scenario is a possibility. Therefore, this should give fans a lot of hope on the road to WrestleMania.

The Shield’s breakup was premature the last time around. With Roman Reigns’ illness, it halted WWE’s plans. Dean Ambrose’s impending exit from the company would make it nearly impossible for a return of The Shield as well. So if WWE is going to get The Shield back together in any way there doesn’t seem to be a better time than the present.