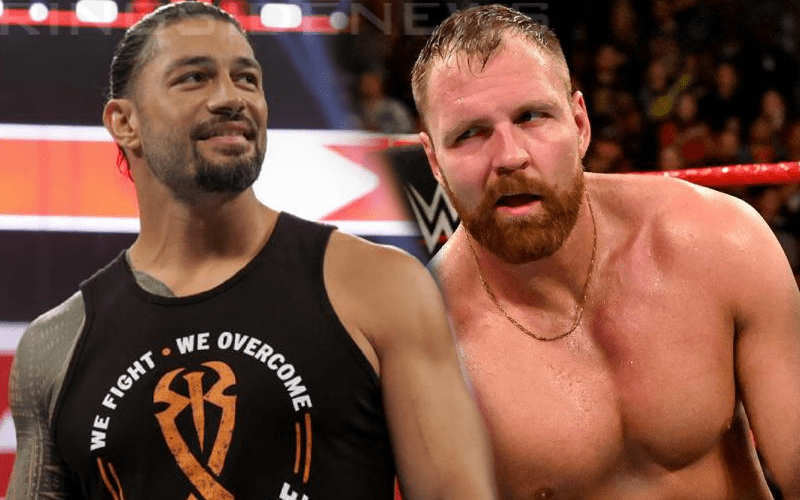 WWE could be losing Dean Ambrose, but not it Roman Reigns has anything to say about it. With Dean Ambrose rejecting a huge WWE deal, fans thought he is out of the company. After The Big Dog’s return, that might change.

Roman Reigns made his big return to WWE this week on RAW. He announced that his leukemia is in remission and he is back. Now it looks like Reigns will be on RAW from this point on.

The Wrestling Observer Newsletter noted that one fan asked Reigns at a recent appearance about Dean Ambrose leaving. “I’ll take care of that,” he allegedly replied.

The Observer went on to clarify and paint a better picture of the situation. It seems that Dean Ambrose might, in fact, be staying with WWE especially if Roman Reigns’ involvement makes a difference in the situation.

It is notable that even though Ambrose is losing his matches to McIntyre, they did an immediate face turn with the idea of reuniting The Shield, doing a 180 on the previous (and admittedly failing) Ambrose heel turn that nobody bought because the motives were so clearly forced and transparent

We will have to wait and see what Dean Ambrose decides to do. If WWE can promise him enough of what he wants it might be enough to convince him to stay. They do not want him leaving, after all, AEW will reportedly have interest in his services if he does end up in the free agent pool.