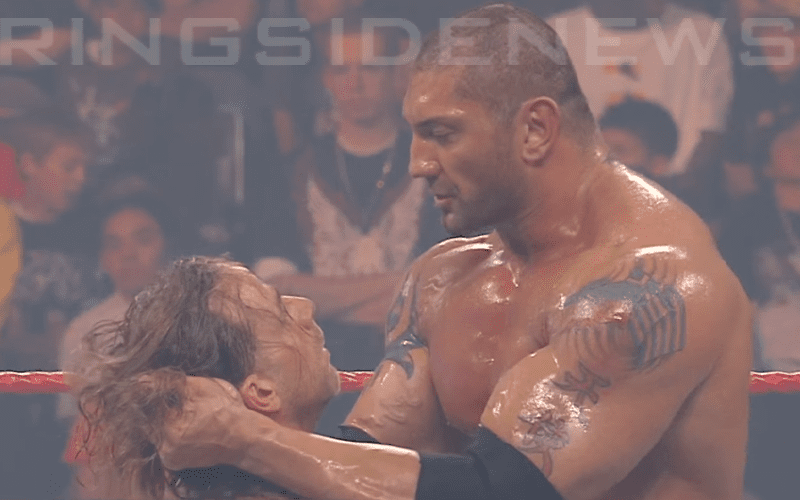 Batista’s WWE career has included many occasions where The Animal kind of lost his mind. To honor this, WWE recently released Batista’s 10 Ten Nastiest Beatdowns. The list is pretty brutal but worth a watch.

As we look through WWE history, Batista’s time in WWE actually did not span that long, but during his tenure as a top Superstar, Batista left plenty of people feeling a lot of pain the next day.

Batista’s most recent beatdown of Ric Flair on RAW last week made #5 on the list, even though he didn’t actually attack Flair on camera. It is still notable that this backstage attack made the list.

You can check out the list below and let us know if you think WWE left anything out. Batista’s WWE return isn’t likely to be a long one as we previously reported that he isn’t planned for anything past WrestleMania. In the meantime, we will have to wait and see how long it will be until Triple H is medically cleared to take some abuse at the hands of The Animal.