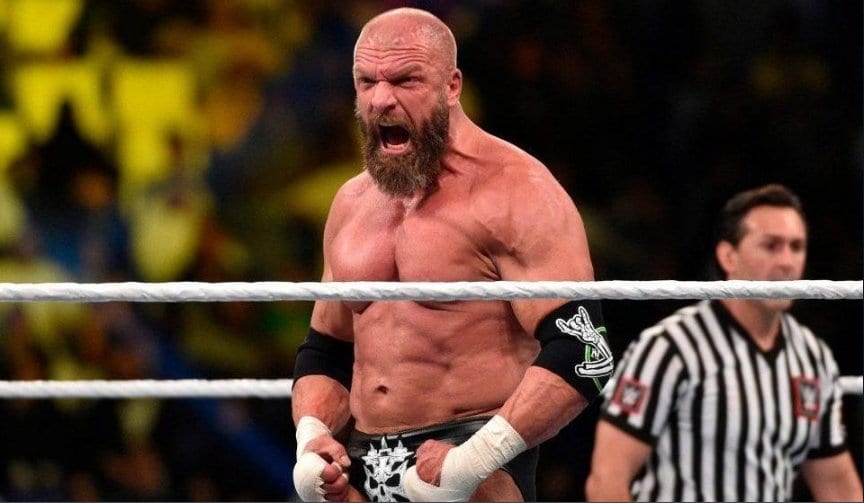 Triple H suffered an injury during the main event match at the WWE Crown Jewel event. He had performed the bump over the turnbuckle countless times before, but you never know when an injury will strike.

WWE’s COO was flown back to the USA on a private jet immediately after WWE Crown Jewel and went right to Birmingham Alabama from Saudi Arabia as quickly as possible. Triple H went under the knife to repair a torn pectoral muscle and he has been working toward his return ever since.

Triple H revealed during a recent media conference call that he was cleared to start real training a week ago. This gives a lot of hope that he could be ready by April 7th for a possible WrestleMania encounter.

“I just got cleared to start training which anyone that’s had a serious injury the difference between rehabbing for a couple hours a day and actually training is like the difference of trying to get better and actually better yourself so I just got clearance to start training, training so I’m excited and as I sit here right now I’m extremely sore which was one week ago I got the clearance so the training has already been stepped up, but feeling good, you know?”

Triple H was slated to face Batista at WrestleMania, but The Game’s injury put that match in major question. Now with Triple H training for a return, only time will tell if WWE could book a match in hopes that he will be ready by WrestleMania.

This does to give Triple H a plausible amount of time to work a match in MetLife Stadium provided he can make a speedy recovery.