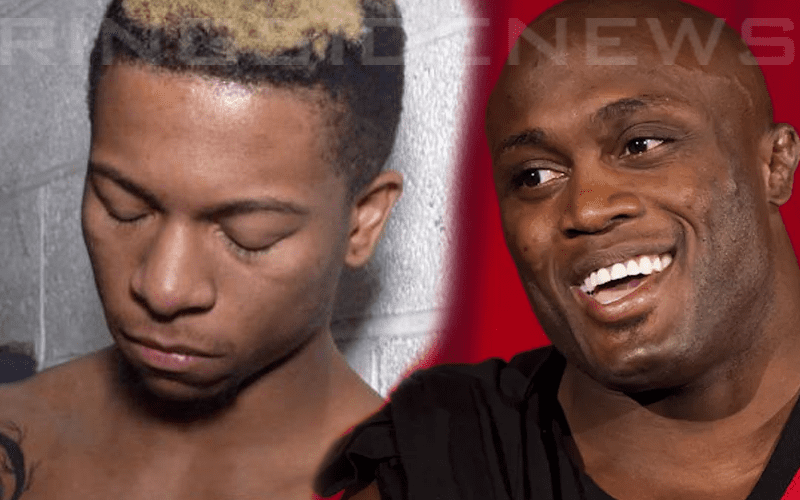 Lio Rush and Bobby Lashley’s partnership is destined to implode once again, but in the meantime, they are still palling around with each other on RAW. This as it turns out, has been very beneficial for Lio Rush backstage as well.

Lio Rush’s backstage heat has been well documented. He can also rap a mean freestyle. While speaking to Chasing Glory, Lio Rush discussed how Bobby Lashley has helped him both in and out of the ring.

“Bobby Lashley has been a huge help as far as making me feel welcomed and comfortable in the locker room and with the company in general. Helping me with learning the business inside and outside the ring, especially coming from the independent circuit and working out for guys that are in for themselves because everybody is trying to get signed. So, people are trying to go out there and do what will favor them the most so you don’t really get to have that interaction with people backstage asking for advice.”

“You do, but it is from an ex-WWE Superstar, so it is very rare so coming from the independent circuit and then working with the 205 Live guys and being shot up straight to the main roster on Raw and working with Bobby Lashley; someone who has been at this for so long and been a top guy for so long and is hungry and passionate, it is pretty cool.”

You never know if Lio Rush could continue on 205 Live and become WWE Cruiserweight Champion or stay on RAW to compete at a high level on the red brand. It is getting a bit confusing to see Lio Rush featured on both television shows. He is certainly enjoying his partnership with The All Mighty while it lasts.