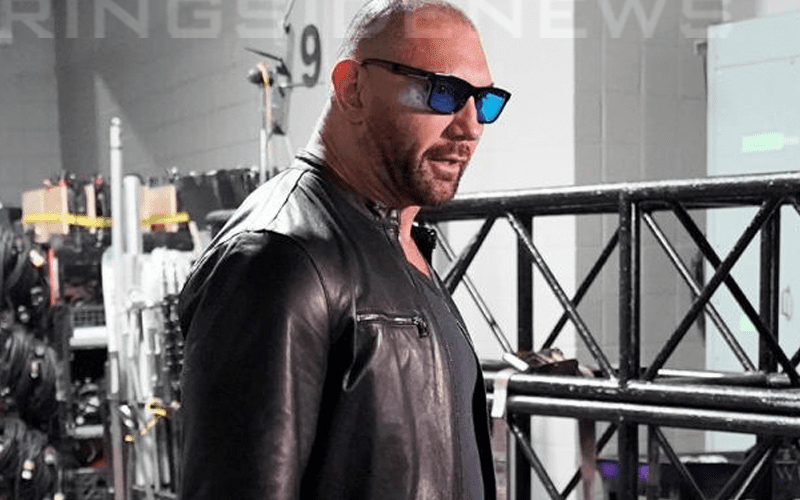 Batista returned to WWE this week on RAW and it practically broke the internet when he attacked Ric Flair on his birthday. The segment was shot in a fresh way and people were impressed. However, don’t expect to see Batista around WWE for the long haul.

We have been told that Batista’s current WWE deal will extend through WrestleMania. It is possible for him to show up at the RAW after WrestleMania to say something to the Mania crowd, but it isn’t expected that he will be competing again after that.

Not only is Batista 50-years-old, but he also has films in the pipeline. He is going to be featured in the upcoming Dune remake and he spoke very highly about pursuing acting unlike The Rock who he said wasn’t a great actor — but he didn’t mean that as a slight on The Great One at all.

It is always possible that WWE will smell the money and offer Batista the cash to come back for some more matches. Triple H is the opponent Batista wanted and he’s getting him at WrestleMania. So that very well could be all Batista is wanting from WWE.

Batista is scheduled to be at RAW next week to continue this new/old feud with Triple H. It should also be noted that this whole rivalry was sparked at SmackDown 1000 when Batista said the only thing Triple H hasn’t done is beat him. Therefore, it only makes sense that Batista would return as a heel because this whole program is likely to focus on Triple H’s hunt for retribution and to get that win over The Animal.