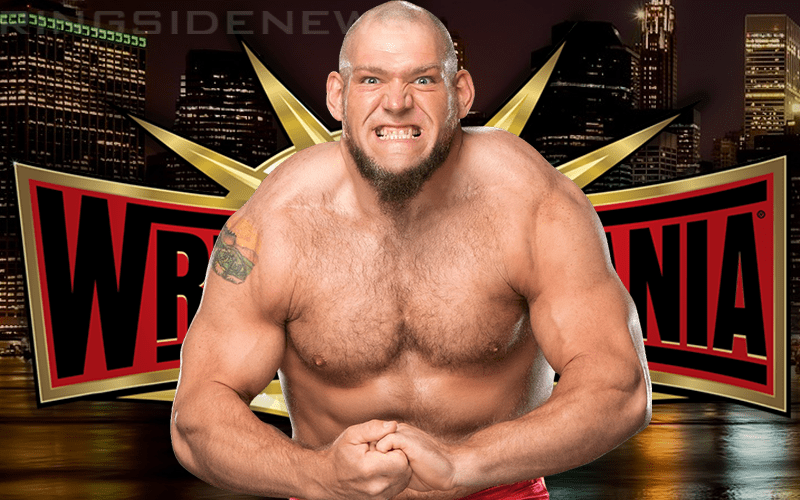 Lars Sullivan has a great future with WWE. He experienced a bit of an issue on the day he was supposed to debut with the company after suffering from was believed to be a panic attack. Since then, Sullivan went back home to Colorado so he can relax.

Triple H spoke about Sullivan and said that Lars is in a good place. He also said that WWE is carrying on with him. That doesn’t fix the issue of his proposed WrestleMania opponent. John Cena was set to face Sullivan in his WrestleMania debut match. We can only assume that Sullivan was going to win in decisive fashion because WWE was reportedly going all the way with The Freak.

Brad Shepard noted on Oh, You Didn’t Know that a source in WWE told him if Lars Sullivan doesn’t make himself known very soon then WWE might have simply moved on. This doesn’t mean that Sullivan is out of a job, but his big WrestleMania match might not be happening.

“They wouldn’t count on the original match with Lars Sullivan happening unless Lars shows up very, very soon.”

Only time will tell how WWE will use Sullivan if he can’t make it back in time. It could be a simple matter of John Cena not being around to shoot any angles because he is currently filming a movie in Canada.

WWE might need to figure something else out for John Cena if that is the case. Then again, WWE can do whatever they want so it is plausible to picture the company hyping a marquee match without one participant being there. After all, they did the same thing with The Undertaker at last year’s WrestleMania.