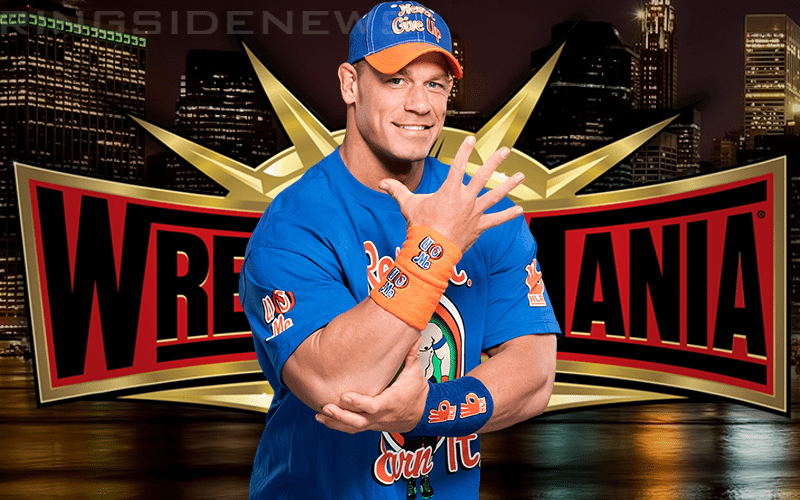 John Cena is busy right now which is why he’s not appearing on WWE television. He is up in Canada filming a new movie called “Playing With Fire.” He wraps up shooting on April 1st which leaves him six days to make it to WrestleMania.

It should be noted that Cena’s film wraps up shooting on the day of the final RAW before WrestleMania. However, as Brad Shepard said on Oh, You Didn’t Know a source in WWE confirmed to him that the 16x World Champion will be in MetLife Stadium.

“There have been some reports circulating that John Cena will not work WrestleMania this year. A source in WWE told me this week that we’ll still get Cena at WrestleMania”

So if you were concerned that John Cena won’t be showing up this year you can rest easy. No matter how WWE books his storyline, he will be in Metlife Stadium.