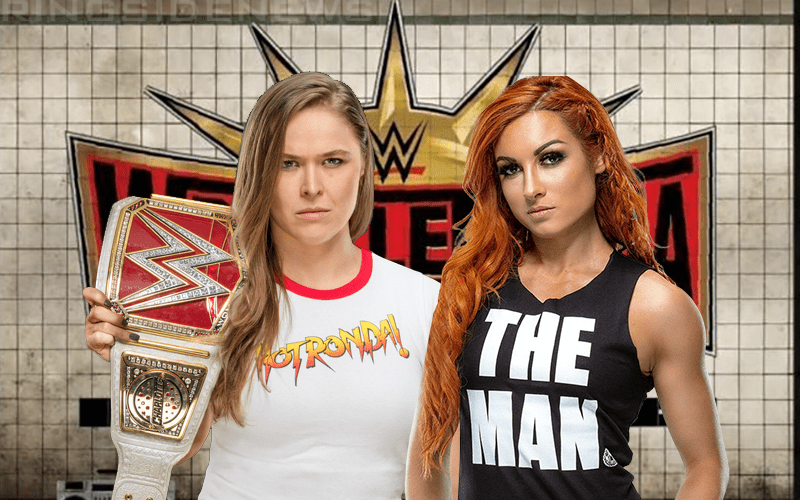 Becky Lynch is set to take on Ronda Rousey at WrestleMania. The Man is currently suspended, but that won’t take away her title opportunity. Stephanie McMahon is just looking for a chance to be a huge heel.

Dave Meltzer explained on Wrestling Observer Radio that the original plan was for Becky Lynch to face Ronda Rousey at WrestleMania. This was before the decision was made to insert Charlotte Flair into the match making it a triple threat.

Flair is expected to be added to the match because of all the heat it will give the program. It is also a great thing for both Lynch and Flair to be in the first-ever women’s WrestleMania main event. It might not close the show, but WWE has their reasons as Meltzer continued.

It looks like WWE is still going to plan on Becky Lynch winning the RAW Women’s Title. However, you never know what can happen in WWE.