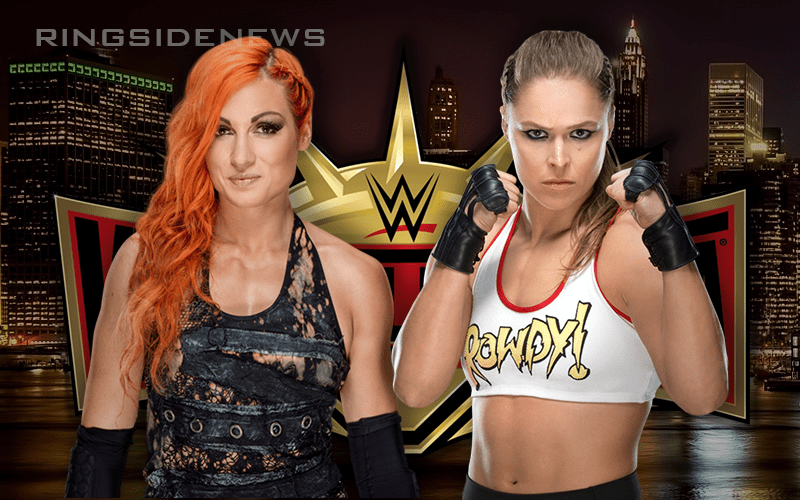 This one is going to upset plenty of people, but that is not our intention. Becky Lynch won her opportunity to face Ronda Rousey at WrestleMania, but there are a few weeks between now and then and WWE is likely to make a change.

Dave Meltzer said on Wrestling Observer Radio that no matter what WWE is telling people right now the plan is still for Ronda Rousey vs Becky Lynch to be a triple threat match.

“I know that there’s stuff going around that it’s Ronda Rousey and Becky Lynch in a singles match — it is not for WrestleMania. I was told again today that — you can never say Vince won’t change his mind, but this one is pretty much a lock at this point that that’s gonna happen.”

It looks like Charlotte Flair is going to find her way in this match anyway. You never know how WWE will book this storyline to see Flair inserted in the match, but it’s apparently happening. They could save things in a big way if they added an elimination stipulation to the match. That way at least fans could plausibly see Ronda vs Becky in a singles match after Charlotte Flair’s elimination.

This wouldn’t be the first time that Becky and Charlotte were in a triple threat WrestleMania title match because Sasha Banks joined them in a Divas Title/Women’s Championship match at WrestleMania 32.

If you use the quotes in this article credit Ringside News.