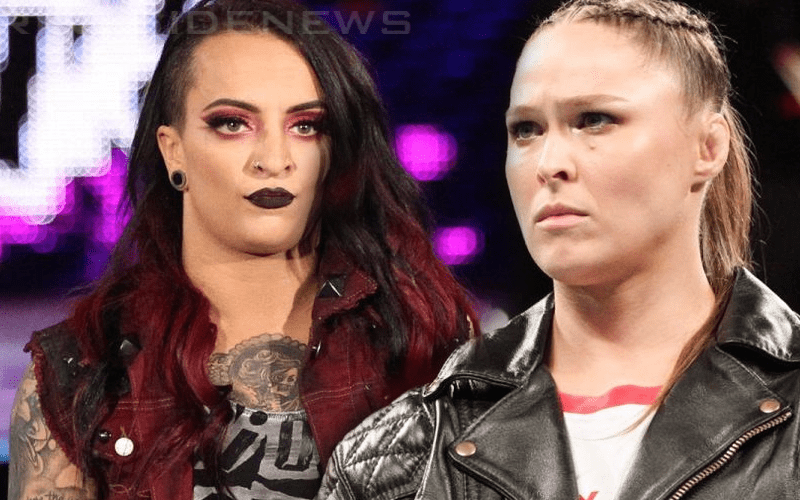 Ronda Rousey is still the RAW Women’s Champion and it looks like her next opponent is Ruby Riott. We previously reported that this match is expected for Elimination Chamber.

Riott sent out a pretty big reply to Ronda while making direct reference to Rousey getting booed out of the building following the Royal Rumble. She also took a pretty big shot at the fans too by calling them sheep.

“Pleeeaaassee!
Exactly what I said would happen did. You SO much about what these people think about you that a few “boos” gets you all disheveled. My mind isn’t clouded by the opinions of the sheep. My focus two things…my and becoming the RAW Women’s Champion.”

It looks like Ruby Riott has taken a page from others who want to hype their feud with Ronda Rousey. Because if you take things to Twitter then that makes it so much easier for people to notice you.