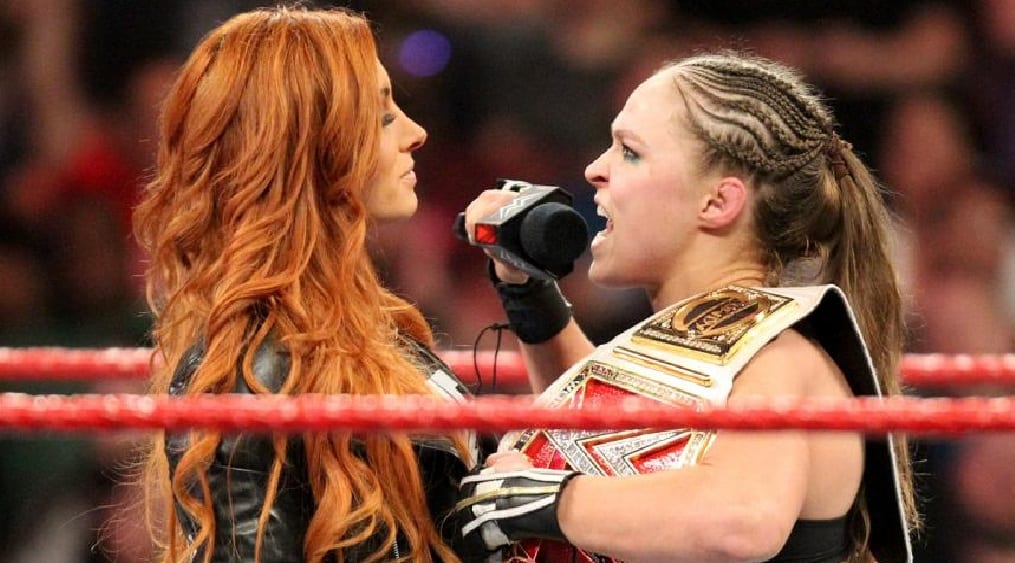 Becky Lynch is headed to WrestleMania where she will face Ronda Rousey. When WWE asked the fans what they wanted as the Mania main event, Lynch vs Rousey won in a landslide. They ended the poll with 82% of the vote.

Lynch recently threw some serious shade at Ronda Rousey by bringing up how many pay-per-view singles matches each one of them has been in. She also said that she isn’t overrated, if anything, The Man is underrated.

“Enough though I’ve had just 6 singles PPV matches since my WWE debut (Ronnie has 7) – I’ve changed this whole damn business. Overrated? The Man is underrated .”

Rousey saw this tweet and carried on with their feud online. The Baddest Woman On The Planet accused Becky of targeting her to get attention. She also said that Becky Lynch needs her to even get a shot at the main event during the show of shows.

“Unlike I don’t give a damn about my reputation or how I’m rated. You claim you’re carrying the @WWE, but all you do is cut promos about me, give interviews about me, and tweet me…you need me to have a real chance to get that main event spot at #WrestleMania and you know it.”

We will probably find out what will happen next between these two soon enough. Becky Lynch gladly accepted an invitation from Stephanie McMahon to appear on RAW this week. WWE might have their own reasons for booking this segment, but it is all business for Lynch and Rousey.