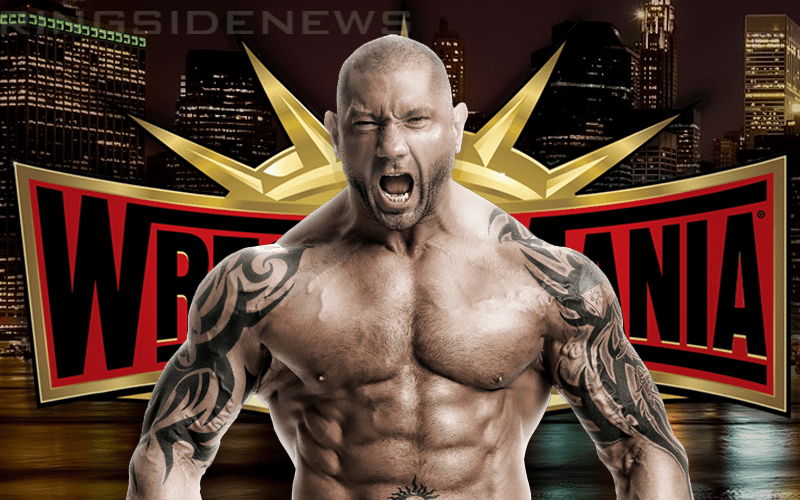 Batista dropped a clever verbal bomb on Triple H during SmackDown 1000 when he said that The Game has done practically everything in this business except beat him. This caused fans to expect a WrestleMania confrontation between the two former Evolution members.

Mike Johnson noted on PW Insider Elite audio that Batista seems to have booked himself solid during WrestleMania season. Therefore, he might not be permitted to show up and WWE might not have anything for him either.

“Batista, to the best of my knowledge I’ve heard nothing about Batista. I know there was a lot of expectation about him against Triple H at WrestleMania, but he’s gonna be making Dune — the remake in the next couple of months. Whether that leaves him the ability to train, prepare, and even come back to wrestle we will see. I haven’t heard anything about it.”

With Triple H injured and unable to compete at WrestleMania this year, maybe WWE doesn’t want to go with their backup plan for Batista. Therefore, we might have another show of shows without The Animal.