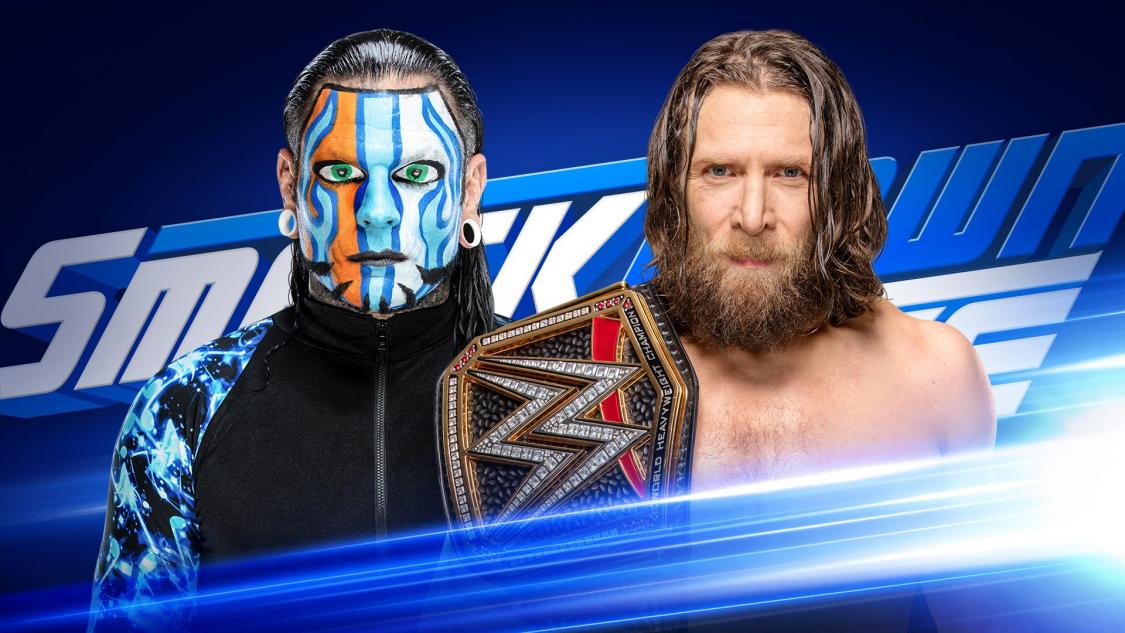 Welcome to Ringside News’ WWE SmackDown Live results for February 5th, 2019. This is a live result so please keep refreshing throughout the night for constant updates. The live reporting will kick off at 8:00 PM EST.

The Royal Rumble is behind us and the blue brand needs to prepare their side of the card for the upcoming Elimination Chamber pay-per-view. We also need to determine the final spot in the WWE Women’s Tag Team Title Elimination Chamber match. However, if you’re a reader of RSN you’ll know that WWE already leaked that infortmation.

Daniel Bryan will be facing Jeff Hardy tonight. The two are in the Elimination Chamber match for the WWE Title. So we will get a nice preview of that match and could be treated to an impressive contest.

Mustafa Ali will get a chance to wrestle Randy Orton one-on-one tonight. Those two will also meet at the Elimination Chamber inside the unforgiving structure. As Ali’s name continues to rise in WWE, he could really benefit from a win or at least a good showing from someone like The Viper.

We will also see Rusev and Shinsuke Nakamura team up against Karl Anderson and Luke Gallows. The two former WWE United States Champions didn’t like the way that The Club talked to them last week after beating R-Truth down, so they will have a match.

There has to be plenty more action too because we don’t even know what is going on with SmackDown Women’s Champion Asuka or the new WWE US Champion R-Truth. Since Becky Lynch was suspended last night on RAW, it makes her situation very interesting as well.

Charlotte came out and she looked to be in a great mood. She said the only thing more dangerous than ignorance is arrogance and that got the best of Lynch last night.

Flair continued to rail on Bex’s suspension. Then Charlotte said she hopes Lynch is healthy for Mania. Then Flair said she knows someone who is 100% healthy and would love to face Rousey…. then she pointed at the Mania sign.

Very few people were wooing. Then Becky Lynch showed up in the crowd. Officials including Adam Pearce showed up to separate them.

Then Triple H came out. He said that was enough. He told Becky she is suspended and told her to go home. Then he threw Charlotte out of the ring because this doesn’t concern her. That got a babyface pop for WWE’s COO.

Triple H told Lynch to go home. Then Lynch said she doesn’t trust Triple H or any of them in good faith. Triple H said if Lynch wants to wrestle then she’s got to see a doctor.

Then Becky asked if he made sure Stephanie McMahon was medically cleared after she punched her in the face. This made Triple H stop as he was leaving the ring.

Triple H then told the crowd this didn’t concern them either (then why is it happening on the show?) he told them to shut up and that got heat. Triple H said Lynch is scared to go to the doctor.

“To be honest right now, I don’t think you’re even injured. Is your knee even hurt? Or is this another way to find your way out?” H said.

He said that Lynch is afraid that Rousey will expose her like the fraud that she is at WrestleMania. He said that she will prove that Becky Lynch fears Ronda Rousey… then she slapped him.

Triple H was not happy about that. So they had a stare-down while the crowd chanted “One more time.”

Anderson and Gallows worked babyface during this match so they took a beating.

Rusev and Nakamura tagged in and out well and worked together as a team. Karl Anderson took a brunt of the abuse as the bigger Gallows waited for a hot tag.

The crowd used “too sweet” chants to hype Anderson up who finally broke away from Nakamura for a bit, but then he was hit with a reverse exploder. Then Shinsuke went for a Kinshasa and Anderson hit a spinebuster to tag in Luke Gallows.

Gallows took out Nakamura and then he and Rusev hit each other with clotheslines and they both went down. Lana got Nakamura to his feet and he broke up The Magic Killer.

Anderson hit a Rocket Kick, but Rusev hit the Machka Kick for the win. Lana screamed in heel happiness the whole time.