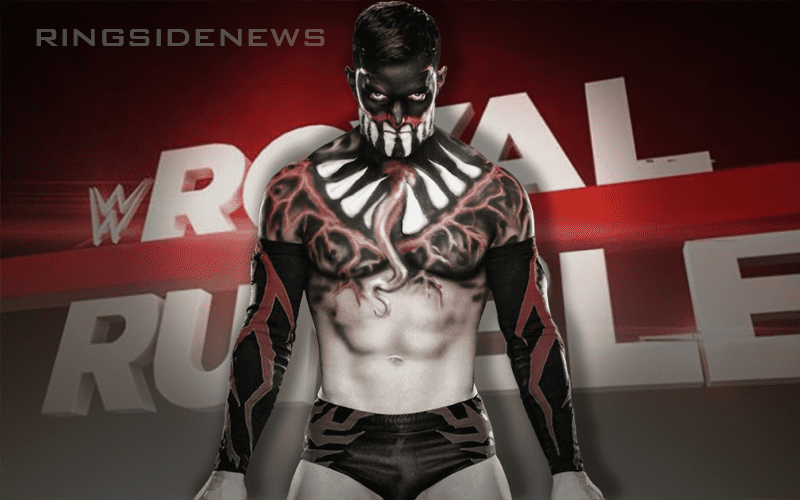 Finn Balor has a big match set on Sunday as he takes on Brock Lesnar at the Royal Rumble pay-per-view. He will try and capture the Universal Championship to become a two-time holder of that title. However, Balor might not be the one showing up to take it.

Mark Henry discussed the possibility of Finn Balor coming out as The Demon on Busted Open Radio. This would be a big surprise as he tries to topple Brock Lesnar to kick off The Road To WrestleMania.

“How do we know it’s going to be Finn? It might be The Demon. We talked about this probably six months ago. The Demon can beat anybody. It’s just a different energy when you see him in there in that persona it’s like he’s a crazy person like pain apply to him.”

“You see him get up from stuff that would kill most men. So we don’t know who we’re gonna get and I’m just excited that it’s on the books.”

“I think that Brock is hoping that he gets Finn and the persona does not take over and come out because that’s going to make a hard day’s work for Brock. I think that Brock already has enough offense. He’s not going to be able to be as arrogant as he has been in years past because he’ll have to focus on trying to whoop something that’s not just a man it’s an energy.”

If Finn Balor showed up at the Royal Rumble to take on Brock Lesnar as The Demon it could present an interesting challenge for the Beast Incarnate. Balor has only lost one match in WWE as The Demon and it was in NXT to Samoa Joe. He has yet to be defeated as The Demon on the main roster, but that might be even more of a reason not to use the character if he is set to lose in Phoenix.

Balor said that he actually forgets how to do The Demon character because he doesn’t use it as often as he once did. Either way, Balor is still going to bring as much fight as he can to try and capture the WWE Universal Championship, a title he was never rightfully defeated for in the first place.