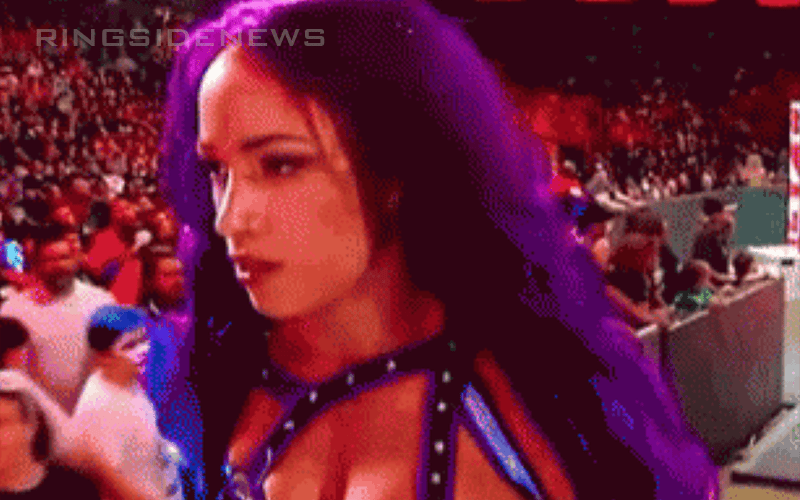 Sasha Banks has a huge match in one week at the WWE Royal Rumble event. She will try to take Ronda Rousey’s RAW Women’s Title, but you know how it has gone in the past with Rousey’s defenses. Since The Baddest Woman On The Planet is WWE’s top star right now it’s likely that she will win her match. However, you never know what could happen in WWE.

The company doesn’t want it to get out that stars might leave the company. The fact is that the pro wrestling landscape is changing faster than Vince McMahon can control.

Banks sent out a pretty fun tease that she might leave WWE with The Revival. Fans didn’t think much of it and actually trolled the fact this story was covered, however, as Dave Meltzer noted on Wrestling Observer Radio there could be some fire to that smoke.

“Yeah, well Sasha’s another one. I mean here’s the thing. WWE even though they have endless hours of television, they really do have a lot of people on the roster and everyone’s good.”

Sasha Banks is very good which is why Ronda Rousey wanted to work with her. If WWE wants to keep their Superstars happy then they might need to try something different because pushing only a handful of Superstars isn’t going to cut it anymore.

We will have to wait and see, but Banks very well could be another Superstar getting a big push because she’s not too thrilled with her spot in the company right now. Even if Banks isn’t able to beat Rousey at Chase Field, she could still end up with a title as the WWE Women’s Tag Team Titles are coming into the picture very soon.