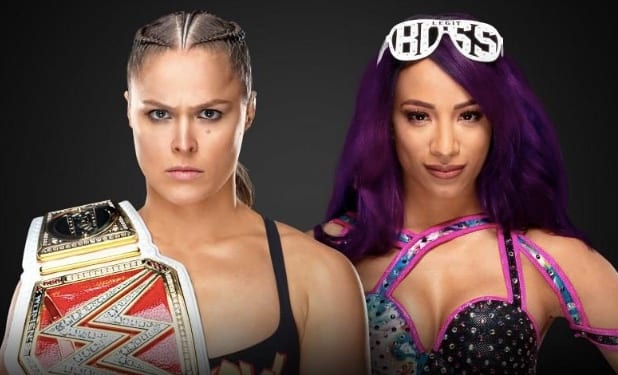 As seen on Sky Bet, the betting odds for Ronda Rousey vs Sasha Banks at WWE Royal Rumble in Phoenix, Arizona have been released.

The Royal Rumble is right around the corner, which is a fact that should actively excite WWE fans around the world. It’s the one event of the year where you quite literally have no idea what could happen or who could show up, as the Road to WrestleMania gets underway.

One thing we know for sure, though, is that there are going to be some high quality world title matches on display for us at Chase Field. One such example is Ronda Rousey vs Sasha Banks, as the two women prepare to battle it out for the Raw Women’s Championship.

In terms of the betting odds, Ronda Rousey is unsurprisingly considered to be an overwhelming favourite in this match. The champ is priced at 1/12 to walk out of the Rumble with the belt over her shoulder, whereas Sasha is the 6/1 underdog.

While some will argue that you can’t read too much into the odds, this is pretty solid evidence that seems to support the theory that Banks doesn’t really have much of a shot next weekend.

One question that this poses is whether or not anyone will intervene. Both women have skeletons in their closet that could come out to haunt them with Charlotte Flair & Becky Lynch owing Ronda a beating, with Banks still having her ‘best friend’ Bayley looming over her shoulder on Raw.