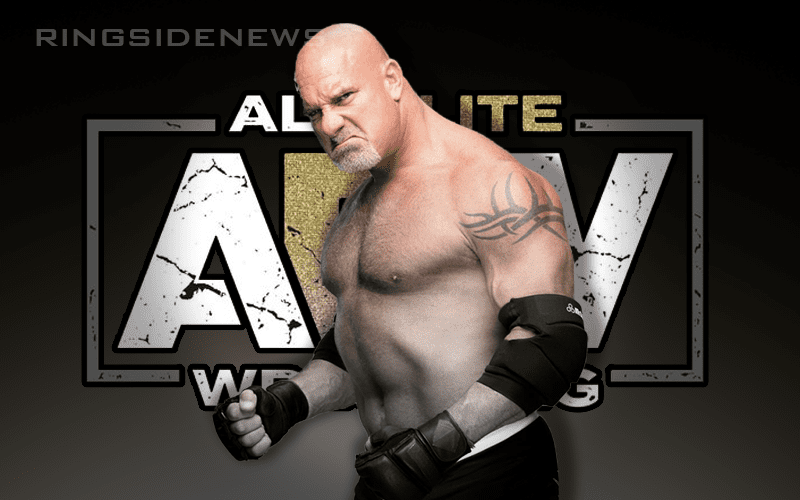 All Elite Wrestling has a lot of tools that other startup promotions don’t have. For one, they have a multi-billionaire financial backer in the Khan Family. Therefore, this new company will likely be able to pull off some major deals that other new companies wouldn’t think of approaching.

The rumors of Goldberg’s involvement with AEW are pretty strong. We previously reported that he could be brought in through agent Barry Bloom. Bryan Alvarez didn’t have much of an update on Wrestling Observer Live even though he did admit that he’s sure there is interest from at least one side of the deal.

“I haven’t heard a lot. Obviously there are rumors of Goldberg and All Elite Wrestling. I don’t know if there’s anything to that. I mean I’m sure they would love to have him involved in some way. I’m not sure what he wants to do.”

When it comes to rumors of Goldberg going to New Japan Pro Wrestling, Alvarez didn’t seem too confident those talks would amount to anything. However, the door is left open for Goldberg’s involvement with AEW.

At this point, they are just rumors and we will let you know as soon as we hear anything else here at Ringside News.

You never know if Goldberg might compete against WWE once again. They did induct him into the WWE Hall Of Fame, but Goldberg came out to speak about how bad that experience was. Only time will tell if AEW will be able to snag Goldberg to a contract, but they certainly have the money to do it if they wish.

If you use out quotes credit Ringside News