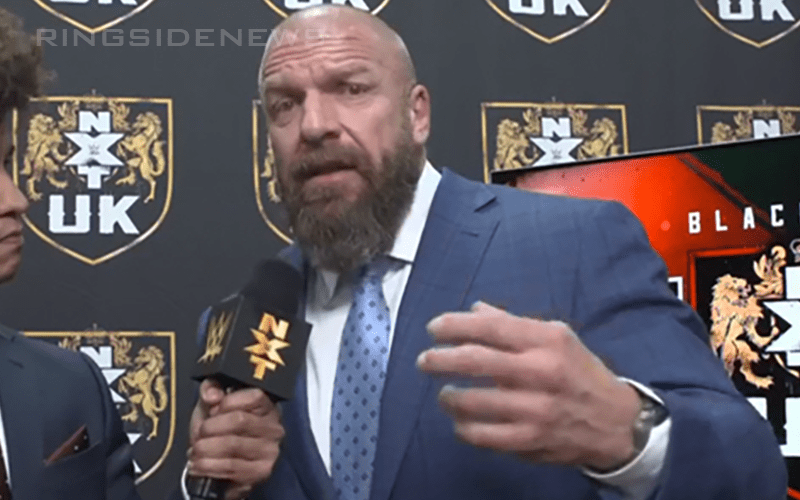 Toni Storm walked out of NXT UK TakeOver: Blackpool as the NXT UK Women’s Champion, but it wasn’t an easy road for her. Not only did Storm need to fight her way and struggle to find herself in WWE, but she also recently experienced a very personal tragedy.

Storm was the victim of a hack as personal photos and a video were leaked online. It was a regrettable occurrence, but Toni Storm stood tall. She even received a flood of support in the process as #WeSupportToni broke out on social media.

During the NXT UK TakeOver: Blackpool post-show interview on Facebook, Triple H did more than dodge a question about Vince McMahon. He also had some high praise for Toni Storm.

“Toni Storm fighting through an injury, coming back at the Mae Young Classic. Just having an incredible year and then meeting with a lot of unfortunate circumstances. Not just injury, but personal. You know that’s a sign of strength in somebody. It’s not how hard you get knocked down, it’s not what gets you down in life it’s the ability to get up and just keep going.”

Triple H obviously has a lot of respect for Toni Storm. She has been able to prove a lot to the WWE Universe during her short time as a Superstar. Hopefully, her victory at NXT UK TakeOver: Blackpool was just one big win of many more to come.